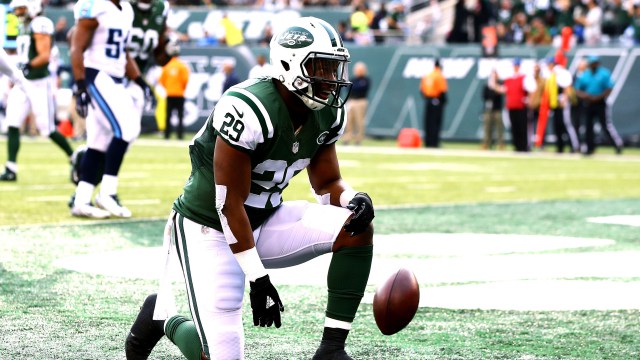 According to Adam Schefter on Twitter, the Jets have agreed to a deal with Bilal Powell. When Chris Ivory left for the Jaguars, the Jets running back situation was up in the air. The make over is now in full effect with Powell coming back and the addition of Matt Forte.

Last season Powell had 313 rushing yards and 388 receiving yards. The most staggering stat is that the Jets were 9 and 2 in games that Powell played. He really stood out in Chan Gailey’s offense and Ryan Fitzpatrick seemed to love the inside screen pass to Powell. Powell and Forte give the Jets a dual threat combo and running back, both in the air and on the ground.

Adam Schefter announced Jets bringing back Bilal Powell. The Forte-Powell combo will probably catch over 100 passes out of backfield.

Here is our forum thread with more information on Bilal Powell.