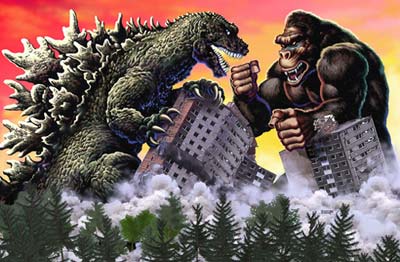 The AL East is everything that is right and wrong about baseball. It’s right because Yanks-Red Sox is the best rivalry in sports….ever. They are two teams that push the rest of the league–or those who care about winning–to improve their rosters and their front office philosophies in order to compete every game of very year. When you buy a ticket to a Yankee game or to a Red Sox game, you know you’re going to get your money’s worth. Every loss is life or death.

However, the AL East is everything that’s wrong in baseball because, while the Sox and Yanks kill themselves to compete with each other, they consistently drive up player salaries, and essentially force lower-tier teams into obscurity. The Devil Rays and the Blue Jays have already folded their tents, while the Orioles’ Peter Angelos throws money around foolishly trying to buy himself a seat at the Big Boy’s table with Steinbrenner and Larry Lucchino. It ain’t happening.

It will be a battle for the Crown again this year, as the Yanks have finally regained that chip on their shoulder that they’ve been missing for four seasons. No question about it, the Yanks have egg on their face after a colossal choke-job in the ALCS, and they should come out swinging. The Red Sox will be ready….

Our preview includes a brief overview of the line-ups and the pitching of each team, as well as the trade each team should make and their projected order of finish. We also included ‘The Juice Factor’ which is a measure of how much of a difference to each team’s chances any crackdown on steroids could make to each team. Not to say that any of the players mentioned ARE on steroids, but they are, at least, suspects due to anectdotal evidence.

You have to give the Red Sox credit–they make some head-scratcher deals, but they’ve all worked out so far. The Sox line-up is versatile, with speed at the top and power in the middle, able to play NL small-ball or AL long-ball. The addition of Renteria at short was genius, as he was one of the great under-rated players in the NL the past two seasons. He should combine with Damon to give opposing catchers nightmares on the base-paths. Manny Ramirez and David Ortiz batting back-to-back is deadly.

The Pitching: Curt Schilling is a jackass, but he’s a jackass that takes the ball every fifth day and can shut down any line-up anywhere on any day. He’s followed by David Wells who, when he’s focused, will make 30 starts and keep the Sox in 20 of them. Matt CLement, Tim Wakefield and Bronson Arroyo are all there for one reason–they beat the Yankees. All in all, a deep rotation with some good young prospects in the wings. The bullpen is deep, but could use another lefty.

If They’re Going To Win: They will have to regain and retain focus. The Sox have been doing alot of strutting this off-season, and GM Theo Epstein might consider dealing some established vets in Millar and Nixon for some younger, hungrier players to change the dynamic. In short, the Sox on paper have a chance to be great, but if they come on resting on their laurels, and it looks like they will, they’ll struggle.

The Juice Factor: 4/10. Curt Schilling was summoned by Congress to the steroid hearings, which surprised some, but the silence of his teammates past and present was deafening. Somebody needs to test that bloody sock. Manny Ramirez is a monster, but that’s probably because he’s from Venus.

Trade They Should Make: Millar and/or Nixon plus prospects to the Mets for Mike Cameron and change. The Sox need to shake things up, and the Mets will give an unhappy Cameron to a team for quality youth.

The Pitching: The addition of Randy Johnson is huge (no kidding, right?). However, if Johnson–a notoriously difficult personality–doesn’t acclimate to the New York media, or his back problems return, the Yanks could be in trouble in the pitching department. The rest of the rotation looks steady, with Mussina and Carl Pavano locks to win 15 games, but beyond that the Yanks have question marks. The signing of Jaret Wright–who prospered under Leo Mazzone in Atlanta–was a good one, but is still a gamble. Wright has an injury history and could wilt under the bright lights in NY. Behind Wright, there is nothing, with the high minor leagues depleted of pitching talent. If Johnson or Mussina break down, the Yanks will be scrambling. The bullpen is deep, but has alot of question marks: Will they get anything out of Mike Stanton and Steve Karsay? Will Rivera stay healthy? Will Tom Gordon get over his one-man post-season collapse from last year?

If They’re Going To Win: ARod is going to have to be AL MVP. Nothing less will get it done for the Yankees. With Giambi in post-steroid decline, and with the line-up chock full of base-cloggers (outside of Womack and Jeter), it will be up to ARod to clear the bases with the long ball. If ARod struggles again like he did at the start of last season, it could get late early in the East, with the Yanks falling back to the AL pack, trying to catch the Sox and the Orioles.

The Juice Factor: 10/10. Any team with Giambi and Sheffield on it, not to mention Kevin Brown, reeks of suspicion all around. The Yankees handling of the Giambi situation has been a disgrace from the start, so if the heat is put on him at any point during the season, expect George Steinbrenner to turn his back on him immediately.

Trade They Should Make: Giambi, Steve Karsay and $8 million in cash to the Athletics for CF Mark Kotsay and RF Eric Byrnes. The Yanks would add speed and defense to a slow outfield and the A’s would get back their superstar and (if healthy) a good middle relief arm in Karsay. The Yanks desperately want to get out from under the Giambi debacle to draw steroid attention away from their right fielder, Gary Sheffield.

A good combination of youth and established players. They have devastating potential if they can keep it together and youngster like Bigbie and Brian Roberts can set the table. Adding Sosa will protect Tejada, and may lead him to the MVP. If they get anything out of Lopez and Palmiero, this team could score 8 runs a game.

The Pitching: The Orioles downfall right here. They have Sidney Ponson and alot of youth. Manager Lee Mazzilli suffered through the growing pains of his young staff last season, and if it continues into this year, Mazzilli may lose his mind. Rodrigo Lopez, Eric Bedard and Daniel Cabrera, while showing solid talent, are all erratic. If Mazzilli could make one trade right now, it wouldn’t be for a player, it would be to pry Yank pitching coach Mel Stottlemyre out of NY to help teach these kids how to pitch. The bullpen is unspectacular and will provide little help if/when the starters fail.

If They’re Going To Win: The young pitchers are going to have to grow up fast. The Orioles will be on the losing end of a bunch of 11-9 losses.

The Juice Factor: 10/10. Any team with Sammy Sosa begins with a 10 rating and has to work backwards. Throw in Palmiero and Javy Lopez and they’re lucky it’s not an 11.

The Trade They Should Make: Jay Gibbons plus prospects to the Nationals for Livan Hernandez. The Nationals will be out of contention by tomorrow night, so they should be looking to sell right now. Gibbons is a good young outfielder with some power, and the Orioles have some nice pitching prospects in the minors. They should use it to pry Hernandez, who is a big-game pitcher out of Washington.

Vernon Wells, when he played for the Syracuse Sky-Chiefs, was the laziest player I have ever seen. If the Blue Jays start off slow, Wells will force himself onto the DL before June 1st rolls around. Catalanotto and Hudson are spunky players, and Eric Hinske has been a ‘hot prospect’ for what seems like 10 years now. In short, a professional line-up, but woefully over-matched in the AL East.

The Pitching: Roy Halladay and Ted Lilly can each come out and dominate at times–whenever they’re not travelling back and forth to the injured list. Behind them, there’s not much.

If They’re Going To Win: Halladay and Lilly will each have to win the Cy Young Award. Sounds impossible? It is–just like the idea of the Jays competing for the AL title.

The Juice Factor: 1/10. Wells and Delgado put on a huge power display two seasons ago, and then Wells battled injuries last year. winkwinkwink?

Trade They Should Make: Vernon Wells to the Diamondbacks for Brandon Webb and prospects. As soon as the Jays start sliding, Wells will bail on them anyway. Time to cut their losses and get back a solid young pitcher in Webb to help Halladay and Lilly.

Wow, they suck. This will be the team that the Yanks will be playing ebery time you have a few minutes to watch a game. That’s the way it works. Carl Crawford is a pest. Aubrey Huff and Josh Phelps will hit some homers for you. That’s it. Just a dreadful team.

The Pitching: Mets fans will enjoy watching this team, only to see how good Scott Kazmir turns out to be. Oh, and Hideo Nomo is on the staff. God, this team is awful. Hey, at least we’ll get to watch Piniella walk away at mid-season.

If They’re Going To Win: They would have to hope for 162 forfeits from their competition.

The Juice Factor: Nobody on this team earns enough to buy steroids.

The Trade They Should Make: Huff and Crawford are legit trade bait, as they can help a contender moving forward. The Rays will play hard for Piniella, but they have nothing. If they deal, it will be to stock the minors and plan for ’07.