The Day The Dynasty Died 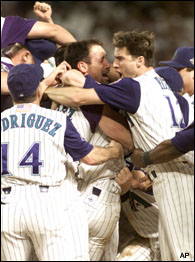 It is my belief that dynasties donâ€™t end, they die. In this day and age of free-agency and the salary cap, sport dynasties have become a thing of the past. Thatâ€™s what made this Patriot team of the last half decade so special. We watched in awe as this team replaced one â€˜irreplaceableâ€™ player after the next. Wondering, when would it finally catch up to them? Sunday night, we got our answer.

Sports dynasties are rare. Those teams able to attain a level of superiority over a sustained period of time are few and far between. Continuous success requires a mixture of several, hard to find and even harder to maintain, ingredients. They need coaching and they need talent. They need money and they need luck. The tricky thing is, once a team proves to be capable of any of these ingredients, the parasitic nature of the NFL swoops down and attempts to gobble up, emulate or steal them away. For some inexplicable reason the 21st century Pats were able to defy logic. They waived goodbye to pro-bowl linebackers, Super Bowl MVPâ€™s, canâ€™t miss kickers and one coordinator after the next, all without ever missing a beat. That is, until now.

I believe there is another piece to this puzzle. There is that one last ingredient needed for the recipe. Itâ€™s the ingredient that cannot be quantified or calculated. That ingredient that cannot be seen, or explained, it can only be felt. Itâ€™s that air of superiority that a dominant team exudes. That intangible feeling of fear they strike into the oppositionâ€™s heart. Making their opponent feel as if they have seen the ending to this movie before, and they accept their role of the dying villain. They know they are going to lose, and they do. Time and time again. The problem with this ingredient is that itâ€™s the toughest to find, and subsequently, the easiest to lose. Unfortunately for the Patriots, once itâ€™s gone, it rarely returns.

We have seen it before. As time goes on, and the nucleus of that once great team spreads further and further, that perception, that air, that sense of supremacy grows thinner and more fragile until ultimately, it collapses. As much as the New England Patriots wanted to deny it, this is a game that revolves around the players. Talent takes precedent over all else and without it, no matter who your coach is, you will ultimately fall.

We watched on, for years, while this team used band-aids to heal wounds that clearly needed stitches. Turning their nose up at the entire football community and insisting they could continue to win despite the downsizing and elimination of so many vital components to their original championship formula. The fact is the New England Patriots were wrong. And in thirty minutes of football, the New England community watched on as their dynasty toppled, finally succumbing to the fundamental truism of football, talent reigns supreme.

The significance of Sundays loss had very little to do with the ultimate outcome. Teams, even great ones, will occasionally lose. This is an inevitable truth given the single elimination format of the NFL playoffs. The significance of this loss lies more in the manner in which it was accomplished. The Patriots pride themselves, and rightfully so, in their ability to dominate the intangibles of a game. They donâ€™t needlessly turn the ball over or hurt themselves with unnecessary penalties. They donâ€™t miss tackles or drop passes. And they always, and I mean always, finish a team when theyâ€™re down. Thatâ€™s the New England Patriot blue-print for post-season success and thatâ€™s precisely where they faltered Sunday night.

When Asante Samuel intercepted Peyton Manning to make the score 21-3, there wasnâ€™t a soul in all of Boston who could have predicted Jim Irsay hoisting the AFC championship trophy two hours later. This prediction was so unfathomable for the reason that they had seen this storyline develop so many times before. It always seemed to end the same way. Then things changed.

The next thirty minutes of football proved to be the polar opposite of everything that had defined this team for the past five years. â€œThe best coachâ€? in the game, perhaps sharing in the same sense of security of his fans, failed to make the necessary adjustments. The defense began to look penetrable, the secondary porous. The penalties and dropped passes kept adding up and before they knew it, the game was tied. From there on out it became a game of talent, and this time, the cream rose to the top.

Iâ€™m not exactly sure when it happened. It was probably right around the time the Patriots stopped doing all the things they had, for so long, prided themselves on. Maybe it was Reche Caldwell dropping what was sure to be the token â€œPatriot nail in the coffinâ€?. Or possibly, it was Tully Banta-Cain doing his best Mark Gastineau impression, a fifteen yard penalty that would prove to be crucial to the outcome. Whenever the actual moment occurred is negligible. The point is, at some point during that third quarter Patriot fans got that same feeling Yankee fans did the day Mariano Rivera threw away the routine out that lead to a game 7 loss of the 2001 World Series. That feeling that the error was a small microcosm of a much larger picture. All those mistakes and all those weaknesses that were for so long camouflaged, by good coaching and past successes, were finally exposed. That air of superiority was dead. That sense of supremacy, gone. And with it, so too was the dynastyâ€¦

So long Pats. You probably will be around a little while longer, but never again will you feel that same sense of entitlement that you did before Sundayâ€¦