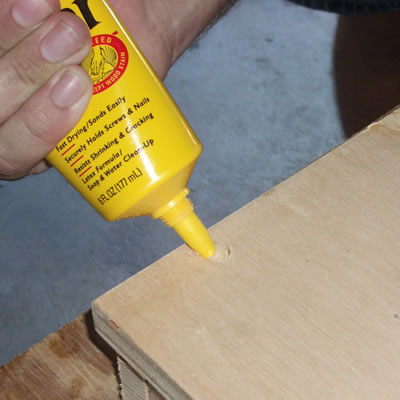 Free Agency is a few days old and this team still has holes to fill. I’m not talking about a slot receiver, a pass rusher, or even a free safety. I’m talking about the holes in your stadium map. There are still seats available. I’ve been told this is a great opportunity, a great investment, and a lot of other great things, so what gives? (Rhetorical Question)

Financially, it simply makes no sense for me to buy a PSL. We know that this is all about dollars and cents, so lets talk in terms of dollars and cents. Below is a link to the map, and lets say I wanted to sit in section 135, pretty good seats:

The cost per ticket is $140 per seat, with a $15,000 PSL for each. If I pay that off at 6.5% APR, as you’ve made available (we’ll talk about this momentarily), then my total cost, to go see Jets games for the next 5 years, is $47,115. Obviously, a lot of money. But here’s where it gets really interesting. We both know that tickets are always available for face value, or close to it, as long as your willing to look. This is especially true next year, with the difficulty you are having selling those seats. Now, what would it cost me to buy tickets for the next 5 years at the same $140 per seat? Well, the first thing I’m going to do is not pay for pre-season tickets, because we both know this is a scam and no one really wants to go to these games. So, now I’m only paying for the 8 games per year I actually want to go to. In 5 years, I would have spent a significantly more manageable $11,200 for the right to see every meaningful home game for that time period. If you are working on the math in your head right now, I just saved $35,915 over 5 years. I could use a small portion of that $35,915 to pay, even inflated prices, for home playoff tickets, which, if past performance is any indication, do not appear often enough to be with 35K.

Just for fun, lets see what that money would be worth if I use your 6.5% interest, compounded yearly, for 5 years. $49,206.66, or, more than I would have paid to see all of the games if I did it your way. What are the perks of PSL ownership, which have nothing to do with the actual ability to go to the game (which I can pay $11,200 for) is worth nearly $50,000 extra in real dollars over the next 5 years?

Now, lets talk about this financing. This is a win-win for you, and a big loss for me. You’d be lucky to get a bank CD for 2% right now. In fact, if there was any investment that paid me a 6.5% return in the next 5 years, guaranteed, which is what you’d arbitrarily set your price at, I would invest my entire life savings in it tomorrow. Now, perhaps I need to amend the above, because we know I’m not getting that 6.5% and simply focus on my $35,000 savings, ignoring a dime of interest, and I’ll have to find a way to make due with that. But more importantly, and this is where PSL’s become completely absurd, for a lower APR than this great deal you’re giving us, I could get a 30 year fixed rate mortgage and buy a home not far from the stadium, and I wouldn’t have to share my place with any Giants fans. Outside of 4 hours, 10 Sunday’s (only 8 that I actually want to be there) per week, where will I go? Can I stay at your place, Woody?

I am not an economist, I don’t work on Wall Street, I don’t even have a business degree, I have a BFA in Film and Animation, so maybe I don’t understand all of the nuances of PSLs, but as far as I can tell, the simple math simply doesn’t work. If it did, I would be on the phone with you right now, asking about availability in section 135. so; here’s why this should be a problem for you. I’m not a corporate ticket buyer, and I cant afford your exorbitant prices, I’m a young single guy with a few hundred dollars in disposable income each month, money I could, and would willingly spend on the New York Jets. But you wont reasonably allow it.

I don’t need suites, stadium clubs, or a ‘gameday environment’ that is anything more than watching my favorite team take the field. I watch every game the Jets play, go to the ones I can, and travel to an away game or two each season, but I get that this is about business, so I’m not asking to be rewarded for my loyalty, but does it not make sense to get people in the stadium who are likely to hold these tickets long term? Barring a move, had you gotten me to buy seats in the new stadium, I’d hold them for life, and pay you the (non-adjusted for inflation) $11,200 every 5 years. Do you expect the corporations, and those willing to throw around that kind of money to hold these tickets for the next 40 years, like I would? Does it make sense to alienate long term dollars and cents for shorter term gains? I know it’s anecdotal, but coming from a small business family, anyone would tell you we’d rather have a customer who comes in and spends $100 each month than one that spends $1500 once a year. While it may look better on paper to have the big spender, If we lose that customer, who is less loyal already, then what?

Discussion thread in the New York Jets message board.