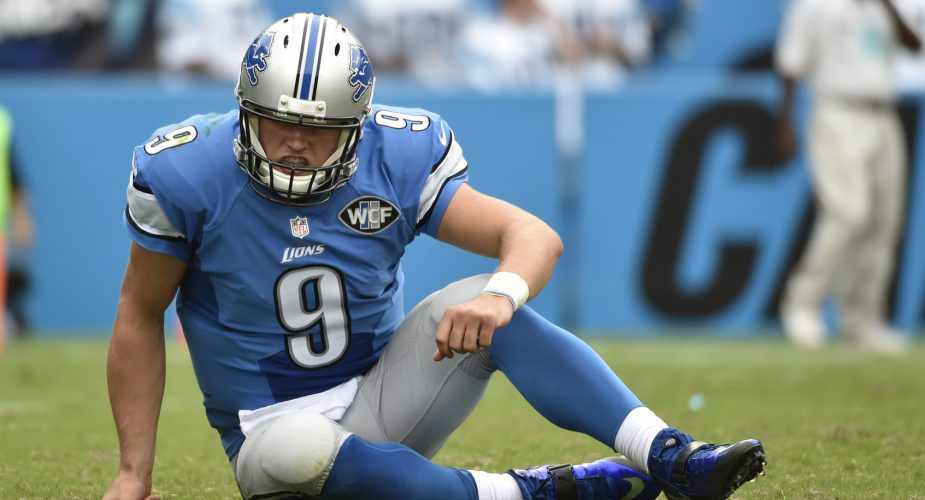 On Sunday the New York Jets (5-2) go on the road to take on the Detroit Lions (2-5) at Ford Field (1 pm EST).  The Jets are coming off of a disappointing loss to the Packers, while the Lions are flying high as they beat the Washington Redskins last week.  Lets take a look at some of the keys to the game.

1) Ground and Pound- The Jets must get back to their ground and pound philosophy if they want to win on Sunday.  Detroit’s run defense is ranked 27th in the NFL, giving up over 130 yards a game.  Gang Green must pound the ball early and often which will not only take the crowd out of the game, but will help the Jets control the time of possession which will be very important as well.  Once the Jets get their running game going, then they can look to take shots down  the field in the passing game.

2) Protect Sanchez- The Detroit Lions can get to the quarterback as evidenced by their 23 sacks on the season.  The Jets must remain solid in protection and keep an eye out for Ndamukong Suh (6.5 sacks) and Kyle Vanden Bosch (4 sacks).  The last thing the Jets want to see is the Lions defense gaining confidence from their constant pressure on the quarterback.

3) Improved playcalling- Last week the Jets became very predictable on offense which stymied their running game.  Offensive coordinator Brian Schottenheimer must do a better job of switching things up (formations, packages) in order to slow down the pass rush.  In addition Schotty  should utilize more 3 receiver sets to spread out the defense and open up plays in both the passing and running game.

1) Pass defense- The Detroit offense is built around their high flying passing game as they struggle to run the ball (ranked 30th in the NFL).  The Lions do a good job protecting the quarterback, have only given up 12 sacks, and spread the ball around to several dangerous playmakers.  The Jets must find a way to get pressure on the quarterback while remaining consistent in coverage.  Gang Green must also keep an eye on running back Jahvid Best who has become a dynamic threat out of the backfield.

2) Contain Calvin- The Lions high scoring passing attack is built around wide receiver Calvin Johnson, who is one of the best pass catchers in the NFL.  Johnson is a combination of size (stands at 6’5) and speed, who can easily take over a game if not accounted for.  The Jets must find a way to contain Calvin and eliminate the big play, which will be no easy task.

3) Get physical- It is no secret that the Lions want to pass the ball and the Jets must make them pay for doing so.  Gang Green must get hits on the quarterback and make the receivers pay for going over the middle.  The Jets defenders must finish their tackles and eliminate the yards after the catch.  This is almost the type of the game you want to see Gang Green’s defense impose their will on the opposing offense.

The Lions are a much improved team which will make this a very interesting game to watch.  An argument can be made that the Lions strengths match-up well against the Jets weaknesses, but I am not buying it.  Gang Green is the better team and will flex their muscles this week with their physical style of football.  I expect a big day out of LT, and would not be surprised to see the combination of Revis and Cromartie shut down the Lions passing game.  Jets get a much needed victory 27-17.