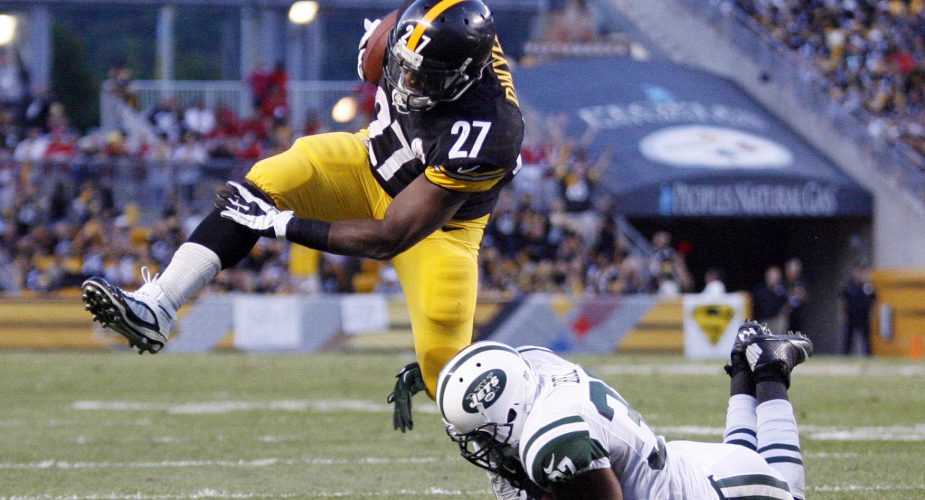 For all the optimism, excitement, and hope the New York Jets provided in their dismantling of the Buffalo Bills last week, this week in Pittsburgh it was pessimism, pain, and despair that  were delivered to the Jets faithful in heavy doses.  Making it even more difficult to stomach was the fast start they got off to.  Mark Sanchez looked sharp in the first two series, the running game was grinding out yards, the defense was winning the battle on the line of scrimmage and the Jets enjoyed an early 10-3 lead.  Jets fans, however were quickly reminded why they don’t allow themselves to get too enthusiastic as the wheels started to fall off as the 2nd quarter progressed.  With the possible exception of the rush defense, there was not a single facet of the game that was executed with any efficiency.

It would be easy, even expected to look at the numbers of quarterback Mark Sanchez and lay a majority of the blame squarely on his shoulders.  His 10 for 27 performance was about as bad as it gets.  He appeared only to pre-read defenses and determined his target before the snap.  Unfortunately, with Pittsburgh’s ability to disguise coverage, pre-reads are a recipe for disaster.  It just doesn’t seem he can sit in the pocket and find the right receiver.  He forced the ball to Santonio Holmes time and time again but Holmes was incapable of bailing him out with good hands.  For as bad as Sanchez was, Holmes was worse.  But there is a larger problem plaguing these New York Jets, one that may be impossible to fix with the current cast of characters.  There seems to be nobody in this organization who gets what it takes to win in the NFL.  The play is sloppy.  There seems to be a complete void for proper technique at almost every position. On defense, it’s a constant flow of corner backs getting turned around, over pursuit and untimely penalties, all leading to an inability to get off the field.  Offensively, there is always one missed block, no down field  blocking to speak of, it plays out as 11 players out for themselves.  There is no team, there is no sacrifice, there is no focus, and there is no leadership.  They may need to look at an addition by subtraction formula to fix these shortcomings.  Identifying the source of the divisiveness is perhaps easier than having the intestinal fortitude to release a seemingly necessary player.

I am finally willing to admit we don’t have a premier running back.  Every year I go in to the season thinking “this is the year Shonn Green runs for 1500 yards”.  It is obvious now that he is not fast or talented enough to reach that level.  Perhaps it is time to find out what we have in Bilal Powell.  While Greene was being tested for a concussion, Powell looked faster to the hole and able to get to the second level.   Early in the second quarter during the Jets last effective offensive possession of the game, Powell was one whiffed block by Jeff Cumberland away from a 35 yard touchdown scamper.  Later in that same drive, Cumberland failed to recognize the blitz and got hit in the back with a ball he never bothered to look back for.  I don’t care if we are shorthanded at tight end, today Jeff Cumberland should be handed a one way ticket back to Illinois.

Did anyone notice Rex Ryan appeared to have that Dave Wannstedt look on his face for the better part of the game?  He looked confused and ill equipped to find the answers.   I can only hope it was complete frustration.  Hopefully a level of annoyance that forces him to hold this team and all its players accountable.   Because for all his great players and all their potential, it is meaningless without a sense of team.  A great team has players who approach each play with the idea that they will not miss their block because they care.  They don’t want to be the one who forces the team to settle for a field goal rather than celebrating a touchdown.

The good news is this is the NFL and we are not the only team in this football version of purgatory.   Last week Raven’s fans were making reservations for New Orleans and today they wonder if their quarterback is good enough.  Each week is a new challenge with a new game plan and a fresh start.  The Jets are capable of marching into Miami next Sunday and earning a big division victory.   It’s a marathon season and there is always time to find the answers that seemed to be perplexing Ryan in Pittsburgh.  So while a win in Miami would be great, finding out what can pull this team together would be even better.