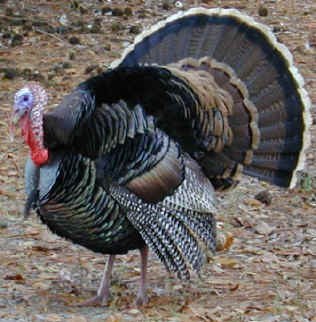 The Jets lost their entire Thanksgiving game to the Patriots in the most disastrous 52 seconds in the history of football. It sounds like something you’d read in The Onion, but it’s not. It really happened. Why the Jets always seem to be the victims of the most embarrassing football thing remains a mystery, but they really outdid themselves as far as anything most people have seen before. The Patriots barely even had to do anything, the Jets did it all to themselves.

As Manish Mehta tweeted during the game, “This is worse than looking directly into the sun.”

The complete meltdown began as Jet meltdowns usually do, with Mark Sanchez taking the Jets all the way down the field and then throwing an interception in the red zone. To be fair, Steve Gregory made a good play, coming all the way across to make the grab, but still, Sanchez turned the ball over. That happened with 5:55 left in the first quarter.

With 14:54 to go in the second quarter, Tom Brady threw a touchdown to Wes Welker on a complete defensive lapse, possibly due to some kind of miscommunication between Ellis Lankster and Kyle Wilson. Whatever it was, nobody covered Welker. 7-0 New England.

The Jets went down the field again and on fourth and half a yard, Shonn Greene fumbled the ball, which Steve Gregory recovered. Tom Brady then threw a screen pass to Shane Vareen, who just out ran the entire Jets defense for a touchdown.  With 9:56 left in the second, it’s 14-0 Patriots.

The Jets get the ball back and then on the second play of the drive, the play breaks down and Sanchez fumbles the ball running into Brandon Moore’s butt, which Steve Gregory (yes, again) recovered and ran back for a touchdown. 21-0 Patriots, with 9:43 left in the second.

On the ensuing kickoff, Joe McKnight fumbled the football, recovered by Julian Edelman and run back for a touchdown. 28-0 New England with 8:51 left in the second.

There were some other things to complain about, but the whole team completely melted down for one minute and got embarrassed in comical fashion in front of the whole country. There were almost no redeeming qualities for the Jets in this game. Bilal Powell and Jeremy Kerley looked good, but that was about it.

In the end, it was a 49-19 Thanksgiving embarrassment at home on national television that Woody Johnson may have specifically asked for.

Giving offensive coordinator Tony Sparano the benefit of the doubt when it comes to play calling, even with the miserable lack of talent on offense, has become more than difficult. In the second half – which everyone knew was a formality since it was 35-3 Patriots when the third quarter started – the Jets managed to at least look like a professional football organization and had nothing to lose, but Sparano never had Sanchez throw the ball deep when there was still a tiny chance to be competitive. On one fourth down, instead of having a QB sneak (like the Patriots did later when they were just piling it on), they handed the ball off and the Jets were stopped on the goal line in another “Greene up the middle” creative call. In fact, the Patriots seemed to be incredibly aware of the “Greene up the middle” play all night, and yet, it kept being run.

Confidence in Rex Ryan is also at all time low, for obvious reasons.

The Jets get embarrassed at least once a year, usually on national television, so the fact that this happened isn’t all that surprising.  It’s too bad they had to ruin Thanksgiving for their fans to do it. The fans that showed up to the game on a holiday deserved better, all fans deserve better.

With this season looking to be a complete disaster, the list of people to be fired should start with Mike Tannenbaum. As general manager, he’s responsible for the long term direction of the Jets and the complete lack of talent we’re watching is entirely on him.

The Jets next play host to the Arizona Cardinals on December 2. Kickoff is at 1:00.