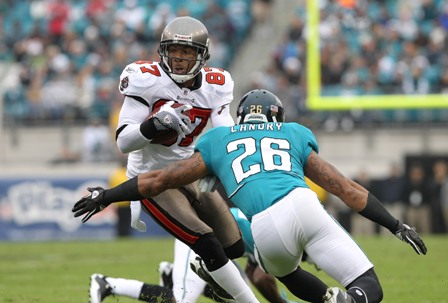 The New York Jets are scheduling a couple of free agent visits:

Former Washington Redskin’s tight end Fred Davis is planning on visiting the Jets in the near future:

TE Fred Davis told Pro Football Central he will be visiting the Jets. Heard that is indeed the case. Not yet sure when. #Redskins

The Jets did tender restricted free agent tight end Jeff Cumberland but after losing Dustin Keller in free agency they are in the market to bolster the position.

Davis played seven games last year having 24 receptions for 325 yards before suffering a season ending Achilles tendon injury and was having a career year in 2011 with 59 receptions for 796 yards and 3 touchdowns but was suspended for the last four games due to a performance enhancing drug suspension.

Even with these issues there is a market for Davis’ services including division rival Buffalo and his former team the Redskins have been mentioned as interested in a Davis return.  While Davis would be a quality addition at a position of need the Jets financial constraints may put him out of their price range.

The Jets are also in the market for a veteran safety as for now they have second-year players Antonio Allen and Josh Bush along with third year disappointment former Philadelphia Eagle second round pick Jaiquawn Jarrett currently on the roster.

Former Jacksonville Jaguar and Baltimore Ravens safety Dawan Landry, brother of LaRon Landry who played for the Jets in 2012 but was lost in free agency, is scheduled for a visit on Wednesday March 27th.  Landry had 100 tackles, 2 pass defenses and 1 interception for the Jaguars last season and played under Jets head coach Rex Ryan (2006-08) when he was defensive coordinator for the Ravens.

The Jets continue their slow, stay and diligent approach to free agency looking for those who could provide quality leadership on and off the field at the right price.