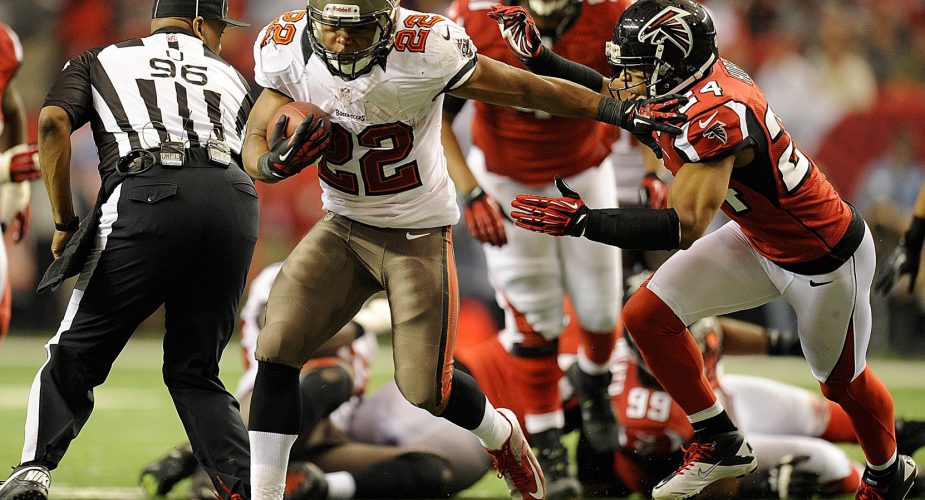 As the Jets get set to open the season against the Tampa Bay Buccaneers, here are some of the key players for the Bucs.

1)      Gerald McCoy, defensive tackle: McCoy flourished in his third year in the NFL after finally being able to stay healthy, racking up 30 tackles and five sacks. McCoy is excellent at getting in the backfield in passing situations and has improved greatly as a run stopper. As I mentioned in the game preview post, part of this has to do with scheme, as McCoy will line up on the outside shoulder of the guard and not over the middle of the center, making him difficult to double team. Expect the Jets to keep a running back in the backfield to help in pass protection.

2)      Doug Martin, running back: Martin is one of the best players in the NFL. The second year back racked up 1,454 yards rushing with eleven touchdowns in his rookie campaign. Besides that, Martin is as good of a pass catcher out of the backfield as any running back in the league. Simply put: Tampa Bay moves as Martin does. If the Jets can set the edge on Martin and limit his yards after catch, they’ll have a great chance to shut down Tampa Bay’s offense.

3)      Gabe Carimi, left guard: with Carl Nicks out, Gabe Carimi seems like the logical fill in at left guard. The former first round pick out of Wisconsin was traded from Chicago to Tampa Bay this off season. Carimi has seen a lot of time at right tackle but has only started three games at right guard and none at left guard. Carimi is going to have his hands full, as he will have the responsibility of slowing down the likes of Sheldon Richardson, Muhammad Wilkerson, Damon Harrison, and Kenrick Ellis, which is no easy task.

For more information on this game be sure to check out our full New York Jets Game Preview.

By Phil Sullivan
Posted on September 7, 2013