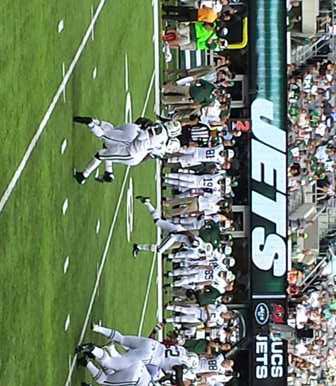 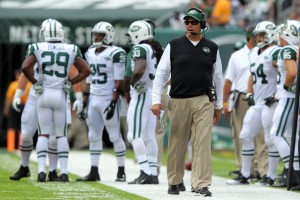 After a number of years of aggressive team building the Jets began to run into a problem during the 2012 season.  Gone were the days of pursuing the big time costly free agents like they had done years earlier.  Most of the team’s moves were short term stop-gap/conservative type signings, except for the Tim Tebow trade.

The team’s past building philosophy ultimately caused a shortfall in available resources pushing them against the salary cap.  This was a major factor in the noticeable lack of depth and playmakers, especially at the offensive skill positions, but was only one part of the problem.

The salary cap situation in 2013 wasn’t in great shape either as the Jets were $23 million over heading into the offseason.  Any thoughts of quickly fixing glaring problems using free agency were going to be difficult given the financial constraints the team was facing.  It appeared the 2013 Jets would not have the resources for a major makeover and might very well be worse than the 2012 Jets.

Enter new general manager John Idzik who made a bold move trading “All-Pro” cornerback Darrelle Revis getting the #13 pick in this year’s draft eventually selecting defensive lineman Sheldon Richardson.  He used the Jets second round selection on quarterback Geno Smith who is currently starting.  Idzik took a financially sound approach to building the 2013 Jets, leaving ample resources heading into 2014, and this is why the 2013 Jets are already better than the 2012 Jets.

Two players who could produce big savings if released are quarterback Mark Sanchez and wide receiver Santonio Holmes.  Both players are owed roster bonuses shortly after the official 2014 NFL season begins on March 11th.  If these players are released the Jets will gain an additional $16.55 million in cap space but the Jets might look to restructure Holmes lowering his 2014 salary.

The team would have options with cornerback Antonio Cromartie as he currently has the highest cap total $14.98 million heading into next year.  If Cromartie were released the team would save $9.5 million but they could extend his contract, ending in 2014, which would likely result in savings as well.

The Jets have many salary and contract options heading into 2014 but they should have approximately $45 million in cap space going into free agency next year along with eight-plus (depending upon extra compensatory picks given by the NFL) draft picks.

The 2013 season has just begun and the Jets have a young developing roster including a rookie quarterback.  Only time will tell how this season will play out but the frugal, disciplined and often difficult decisions John Idzik made set the team up moving forward to have the available resources for sustained long-term success.