Jets Vs Titans Players To Watch 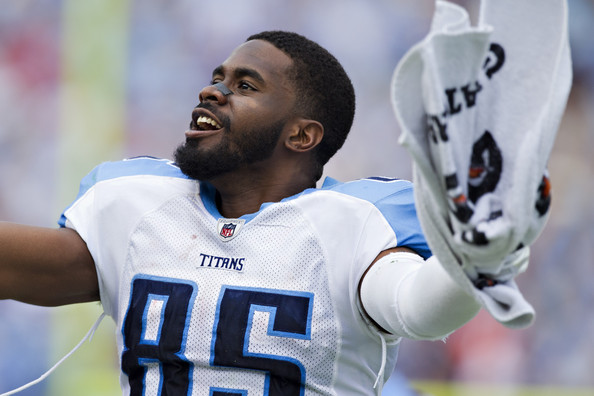 The Jets will take on the Titans on Sunday, here is our full NY Jets Game Preview.  As you are watching the game, here are some Tennessee Titans to look out for.

1)      Jurrell Casey, defensive tackle: The talented third year player out of USC has been very good getting to the quarterback from the interior line, recording two sacks and eleven pressures in three games. Casey will line-up over Willie Colon most of the time, which is a good thing for the Jets based on Colon’s play. Casey has been very good getting to the quarterback but only average against the run, so lets see if the Jets attack Casey early an often in the running game.

2)      Chance Warmack, guard: Warmack is a big name after being the tenth pick in the 2012 draft but has struggled this season. Damon Harrison, Sheldon Richardson, or whoever lines up over Warmack in passing situations should be licking their chops. Warmack has faired well in run blocking, but it’ll be interesting to see if the Titans have any success running against a tough Jets front seven.

3)      Nate Washington, wide receiver: With Kenny Britt seeing more and more time on the bench, Washington has emerged as Locker’s number one target with 15 catches for 227 yards. The 6’1” Washington is one of the few playmakers the Jets have to worry about on the Titans young offense. With so much uncertainty in the Jets secondary, look for Antonio Cromartie to see a lot of time against Washington.

Also be sure to check out the latest NY Jets Injury Report as both Chris Ivory and Dee Milliner are out for the Jets.