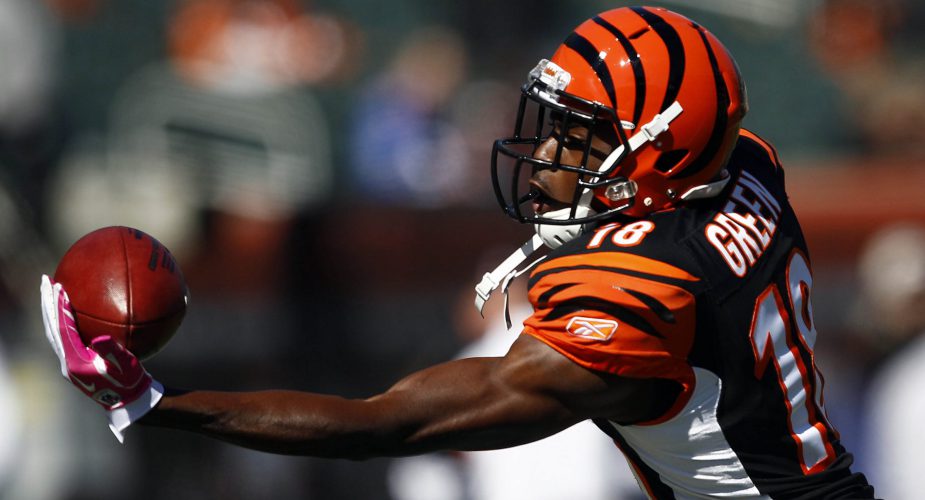 The New York Jets will take on the Cincinnatti Bengals on Sunday.  Here is our full New York Jets game preview.  We also like to highlight a few players that you should keep your eyes on. 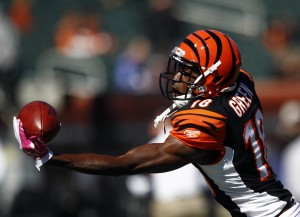 1)      A.J. Green, wide receiver: This is an obvious one, but sometimes the obvious needs to be stated because Green is that good. Antonio Cromartie will likely go one-on-one with Green but don’t be surprised if a safety is shifted in Green’s direction. Cromartie was excellent against Kenbrell Thompkins and Aaron Dobson but this is a different monster. Green is averaging almost 11 targets and over six receptions per game at 14.4 yards per catch. The big play is always a possibility because of Green’s ability to win jump balls.

2)      Giovani Bernard, running back: Bernard is averaging 3.9 yards per carry as the number two back behind Benjarvus Green-Ellis. The rookie Bernard is vastly improving as a ball carrier but his extra dynamic comes from catching the ball out of the backfield. Bernard is third on the team in catches and leads the team in yards after catch. Jets linebackers have done a good job shutting down versatile running backs and Bernard will be another tough task.

3)      Geno Atkins, defensive tackle: Somehow it feels like Geno Atkins is still underrated among NFL fans. The dominant interior lineman can stuff the run and get to the quarterback as well as any tackle in football. His 17 tackles and four sacks paces a really talented front seven for Cincinnati.

For more on this game, be sure to check out the last JetNation Radio episode.  You can also get your Jets updates through This Week In JetNation.