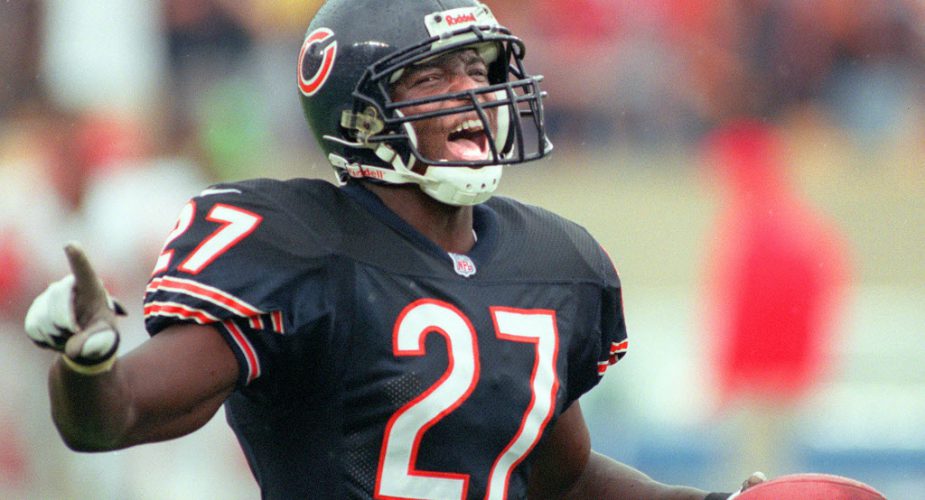 In their first of two Monday Night Football games this season, the Jets lost to the Chicago Bears 27-19. It just isn’t a season if the Jets don’t humiliate all their fans on national television. This is the second game in a row that they could have won and didn’t.

The game started poorly for the Jets with Geno Smith immediately throwing a pick-6 to open the game. The defense pinned quarterback Jay Cutler and the Bears offense deep in their own end and got the ball back quickly, but Jalen Saunders muffed the punt and the Bears got the ball back at midfield. Add a ridiculous pass interference call on Darrin Walls (who was being grabbed, not doing the grabbing) that gave the Bears almost all of what was left of the field, and before the game was six minutes old, the Jets were down 14-0.

It didn’t get better as the half wore on, with two Jets drives stalling in the red zone and ending in two Nick Folk field goals. They finally broke through with a touchdown near the end of the half, and after a bunch of close calls, they finally forced a turnover. Cutler fumbled, but the refs blew the play dead and so the recovery run and touchdown didn’t count.

The Jets were lucky to go into the half 14-13, all things considered.

The second half opened just as poorly as the first, with the defense allowing Cutler to march the Bears down the field. Busted coverage at the goal line meant Martellus Bennett was wide open. He walked right in for the touchdown.

The Jets went all the way down the field before Smith threw another interception in the endzone. The defense forced a three and out, which included an easy interception dropped by Antonio Allen. The ensuing punt and penalty call on the Bears for bumping Jeremy Kerley on a fair catch put the Jets back in scoring range. After getting all the way to the goal line – again – the Jets blew the play call on third and goal and Smith ended up running into the pile and going nowhere. They settled for another field goal.

The game was over when the defense let the Bears into field goal range. The Bears went up 27-19 with just over three minutes left, and the worst part of all was that Mo Wilkerson was injured when he collided with Cutler and Pace on third down. He walked off under his own power.

The Jets got the ball back and went all the way down the field, mostly on a reception and long run by Greg Salas. The offense stalled in the red zone, again, and they turned the ball over on downs.

Geno Smith looked like something out of his rookie year. He had a bunch of should-be interceptions (so did Jay Cutler, but our defense didn’t catch any). He made a lot of poor choices with the ball. He didn’t get rid of the ball.

Smith’s final line on the night was 26/43 for 316 yards with two interceptions and one touchdown for a quarterback rating of 71.5. He was sacked three times.

In addition to inconsistent officiating, this is the second game in a row where there was questionable offensive playcalling. Smith running the ball on third and goal? Why didn’t they stick with Chris Ivory, who was running well?

Finally, Eric Decker left the game early in the first half – it’s obvious he shouldn’t have been playing at all. Jeremy Kerley did all he could to pick up the slack, but talent really drops off after Decker and Kerley. Darrin Walls and Antonio Allen haven’t been terrific, but they’ve held up pretty well at corner. Allen isn’t so good in man-to-man coverage, but he finishes his tackles – impressively.

The Jets next game is Sunday against the Detroit Lions, and early though it is, it’s a must win. After the Lions, they face the Chargers, the Broncos, and the Patriots. Kickoff next week is at 1:00.

By Kristine Gammer
Posted on September 23, 2014