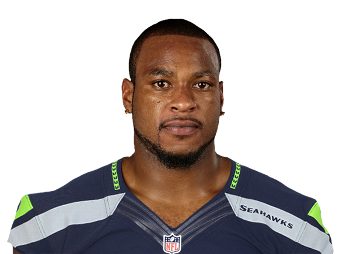 It was another long afternoon for the Jets and their fans as New York fell to Kansas City, 24-10, and as the losing streak hit eight games. The best thing fans could say about this game is that it was relatively quick.

The Chiefs opened with the game with two touchdowns, and the Jets finally broke through at the end of the half. It was 14-7 Chiefs with 1:40 left in the half, but Kansas City quarterback Alex Smith led the Chiefs back down the field in about a minute to score with less than a minute left. The Jets then managed to get into field goal range, and Nick Folk continued his impressive season. The Jets were down 21-10 at the half.

The Jets got the ball to start the second half, but nothing came of it, and the Jets had no answer for the Chiefs running game, led by Jamal Charles who finished with 20 carries for 78 yards. They managed to keep the Chiefs out of the endzone in the third quarter, but did allow a field goal. The Jets then came all the way back down the field, but the Jets couldn’t convert in the red zone and turned the ball over on downs.

Vick got hurt on the last play of the drive, and Matt Simms came in to play in the fourth quarter. Simms looked pretty good, but the Jets didn’t score on his series, and Vick returned to the game for the next. One of the best plays of the game came on a pass from Vick to Percy Harvin, who caught a 42 yard pass over the defender’s head. In spite of the play, nothing came of the series, and the Jets turned the ball over on downs for the second time. Supposedly, Geno Smith wasn’t active today due to shoulder injury.

The Chiefs gave the Jets the ball back again at the end of the half, but the Jets again failed to convert and opportunity to points, and the game ended with one last incomplete pass from Michael Vick, his intended target being Greg Salas.

Percy Harvin, whose arrival a few weeks ago caused much speculation about everything from how he’d fit into the Jets’ offense to how he’d fit in the locker room, had a very good game for the Jets, with 11 receptions for 129 yards, along with 88 yards returning kicks.

The Jets miraculously also managed to not turn the ball over this game, although they didn’t force any turnovers, either. The Chiefs typically give up very few turnovers, and the Jets were not an exception to this.

New York looks to snap its eight game losing streak next weekend against the Pittsburgh Steelers. Kickoff is tat 1:00 PM.

By Kristine Gammer
Posted on November 2, 2014