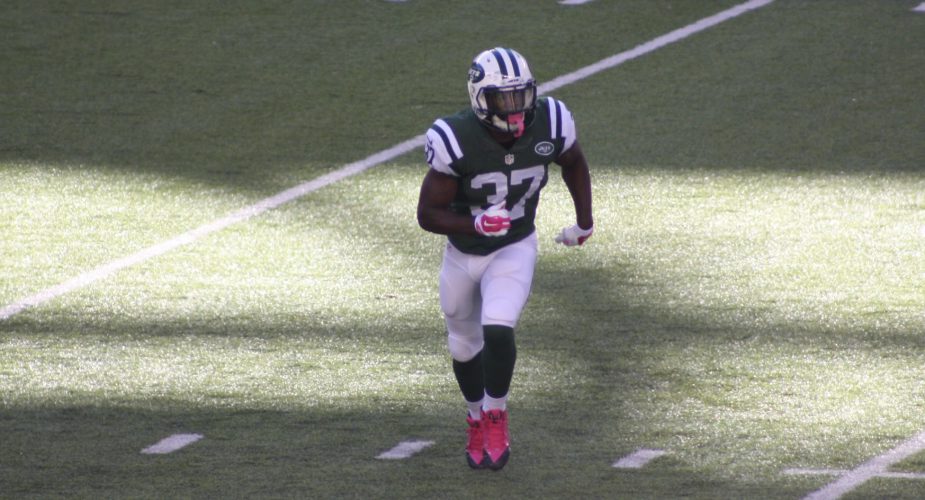 Glenn Naughton of JetNation.com had the opportunity to take part in a blogger conference call with Jets safety Jaiquawn Jarrett.  Jarrett discussed a variety of topics including the team’s most recent win against the Pittsburgh Steelers and preparing for the Buffalo Bills.  Below is a transcript of the JetNation.com portion of the interview.  As always, a big thanks to the New York Jets for allowing JetNation.com to be a part of today’s conference call.

Glenn Naughton: First of all, congratulations on your performance against the Steelers, that was a great game.  My first question is, with you making plays in the secondary and a great collective effort with the defense doing a great job, was it a little bit like old times for you seeing Mo Wilkerson doing a great job up front and you making plays in the secondary having played together at Temple?

Jaiquawn Jarrett: You know, Mo is a phenomenal player so it’s always exciting to go out there and watch him perform.  He impacts the game on every play so it’s always great knowing he’s out there with the seven guys up front making things happen.

GN: Going in to that Pittsburgh game everyone knew how hot Ben Roethlisberger was having thrown six touchdown passes in each of the previous two games, what was the mindset of the secondary?  Obviously they threw a touchdown late, but you guys almost kept him out of the end zone which surprised a lot of people.  What was the mentality going in and how do you think you guys were able to be so successful?

JJ: Our mentality was just to do your job.  Stay focused and read your keys.  Play with your eyes and play with discipline.  Be accountable to one another so we were able to do our job on the back-end, and we knew the front seven was gonna’ get after him so all three phases played well together.

GN: After that game, a lot of casual fans became more aware of you and the player you are but over the past couple of years you’ve taken a significant number of snaps against the Patriots and Falcons so you’ve faced Tom Brady, Matt Ryan, Drew Brees last year and played quite a bit against Detroit this year, so you’ve been on the field quite extensively against a lot of top quarterbacks.  How do you think it helps  your game not as a starter but just in getting reps against those guys that play at an elite level?

JJ: It helps tremendously because even the reps in practice are big.  The more reps you get, the more comfortable with the defense and the scheme and you can just go out there and play your game so it’s always great to get out there and play against some of the best quarterbacks in the league and just knowing that my other ten guys on the field with me  have my back.

JJ: Yeah, I was actually covering the tight end and me and Dave (Harris) had some communication going on from the film study.  Basically the tight end, if he was in a certain position he was gonna’ stay in and block so when he blocked David told me he was gonna’ take him so I just had to find a window.

GN: With this being your fourth year in the league Jaiquawn, you’ve been around long enough to see enough guys and get an idea about different defensive backs and of course due to injury and multiple other reasons, you guys have played quite a few corners out there.  Guys like Marcus Williams and Phillip Adams have been stepping up a little bit and doing a nice job from out of nowhere.  What have you seen from those guys yourself that has impressed you.

JJ: Their character and their discipline as well as their willingness to just go out there and learn and get better every day.  They come to work every day and accept the coaching, and me as a safety you have to communicate across the board.  When you get out there and communicate we’re gonna’ be on the same page.  They’re talented, and they go out there and they just let their game speak for itself.

GN: Early in camp we heard Rex Ryan saying that with you guys having such a young safety group he preached quite a bit about Dawan Landry and the impact he has back there as the glue that holds it together and mentoring the young guys.  How much does it help with so many young guys to have that veteran presence back there?

JJ: Dawan, we call him the mentor, the OG.  He’s just been so helpful to each and every one of us on the secondary in this unit because the knowledge of the game that he has, if we have a question we can always ask him and he’s gonna’ let us know everything.  If you have a question you go to OG and he’s gonna’ make sure you’re in the right position to do your job so he does a tremendous job of communicating and holding us accountable.

GN: With you guys being in the position you’re in, obviously it was great to get a win going into the bye because you don’t want that long stretch with an extended losing streak and the fans know you guys are still going to play hard, but what’s Rex’s message to the team right now to get through this and keep you guys rolling?

JJ: You know what, stay accountable and continue to go out there and play smart, physical and disciplined.  Do your job, don’t try to do too much and let the game come to you.

JJ: Oh well we play a variety of coverages, we play man, some zone, we do a little bit of everything because you have to switch it up in this league.  Offensive coordinators are good too so they know your tendencies on down and distance so coaches do a tremendous job of switching it up and putting us in position to make plays.

GN: It looks like Buffalo is going to get Fred Jackson back this week and he’s second on the team with 37 receptions and offers Kyle Orton a nice outlet out of the backfield.  What kind of a difference does it make to prepare for a back who’s a dual threat guy?

GN: With the secondary being what it has been this year having to shuttle a lot of guys in and out, obviously you guys want to limit the distractions and not buy in to what the media is saying or any of the negativity but it has been out there.  Is that something you guys have discussed to fuel yourselves or is it just about motivating from within and don’t worry about the outside noise?

JJ: I mean, the media is the media and you have to be able to accept the good with the bad.  At the end of the day it’s us in the room who are gonna’ get the job done and we believe in each other as long as we stick together and continue to stay focused and attack it one day at a time, as long as we get better each day and use our preparation in the game, we’ll be successful.