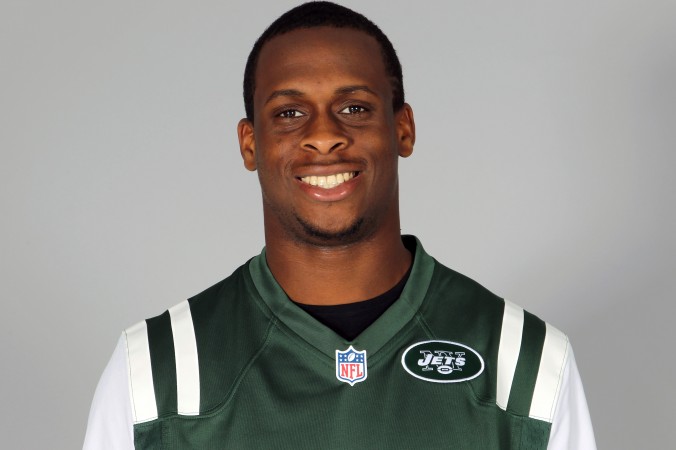 Eugene “Geno” Smith was born in Miami, Florida and attended Miramar High School. Smith excelled at Miramar while under the tutelage of Damon Cogdell, a former linebacker for West Virginia University. After being invited to the Elite 11 quarterback camp before his senior year in high school, Smith went on to lead his team to the semi-finals and was regarded as one of the best dual-threat quarterbacks coming out of high school. Smith was rated as a four star prospect, and according to Rivals.com was ranked third among all high school quarterbacks of the 2009 class.

After receiving offers from multiple schools, Smith committed to West Virginia. Damon Cogdell, Smith’s high school coach, likely had an influence on his choice. Running out of the “air raid” or “spread” offense, Smith put up very impressive numbers at West Virginia. From 2010 to 2012 Smith was the starting quarterback for the Mountaineers. In the 2011 Orange Bowl the Mountaineers routed the Clemson Tigers 70-33; Smith broke multiple bowl records, one for passing yards with 401, and one for total touchdowns with seven. The most impressive season for Smith was his senior year, when he registered 42 touchdowns to only six interceptions. Smith finished his college career with 11,662 passing yards, 98 touchdowns, and 21 interceptions.

The Jets selected Smith 39th overall, behind their two first round picks, Dee Milliner and Sheldon Richardson. Although Smith has struggled, he remains the starting quarterback for the Jets entering his third season. In his first two seasons with the Jets Smith has registered 5,571 passing yards, 25 touchdowns, and 34 interceptions with a 57.5 completion percentage while adding 604 rushing yards and 7 rushing touchdowns. Smith set the Jets franchise record for most passing yards, and best completion percentage by a rookie in 2013, he also recorded the 64th perfect passer rating ever thrown by a quarterback in the NFL week 17 against the Dolphins.

Smith will need to solidify his place as the starting quarterback with Ryan Fitzpatrick and Bryce Petty on his heels. The supporting cast at wide receiver has been vastly improved compared to last season, leaving little room for excuses. This season will likely be Smith’s last chance to prove he can be a franchise quarterback.