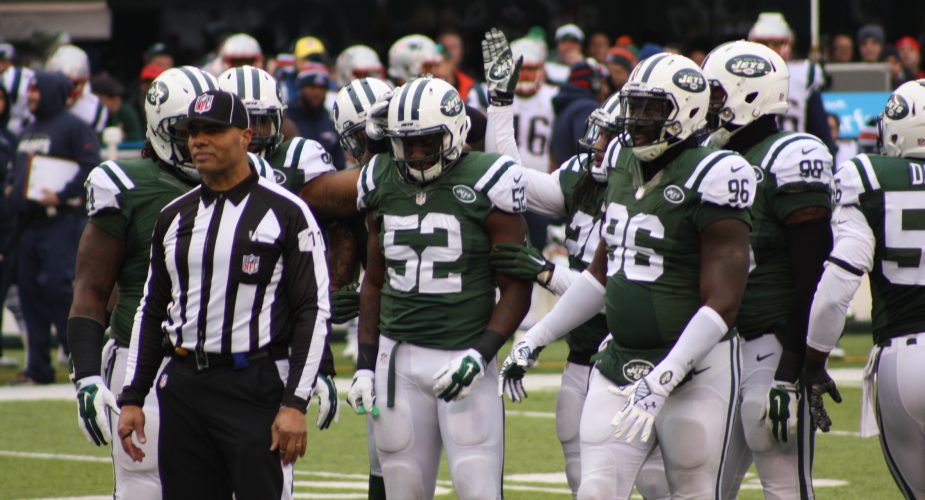 Drafted out of the University of Michigan with the 47th overall pick in the 2007 NFL draft, David  Harris has been a stalwart on defense from the moment he came on board for Gang Green.

As a rookie, Jets fans got a glimpse at the type of player Harris would become when he tallied an eye-popping 41 tackles in his first two NFL starts and 102 over the season’s final nine games.

A centerpiece on defense for some of the best units the Jets have fielded in their team’s history, the Grand Rapids, Michigan native became just the the fourth player in team history to reach the 1,000 tackle plateau, joining former Jets greats Kyle Clifton, Mo Lewis and Mavin Jones.

Harris has also established himself as a clutch post-season performer as he’s racked up 48 tackles, 2 sacks and an interception in six career playoff games.

Harris’ on-field production and leadership compelled the Jets to re-sign the life-long Jet to a 3-year, $21.5 million contract following the 2014 season and New York Jets will look to “The Hitman” to lead by example once again in 2015.