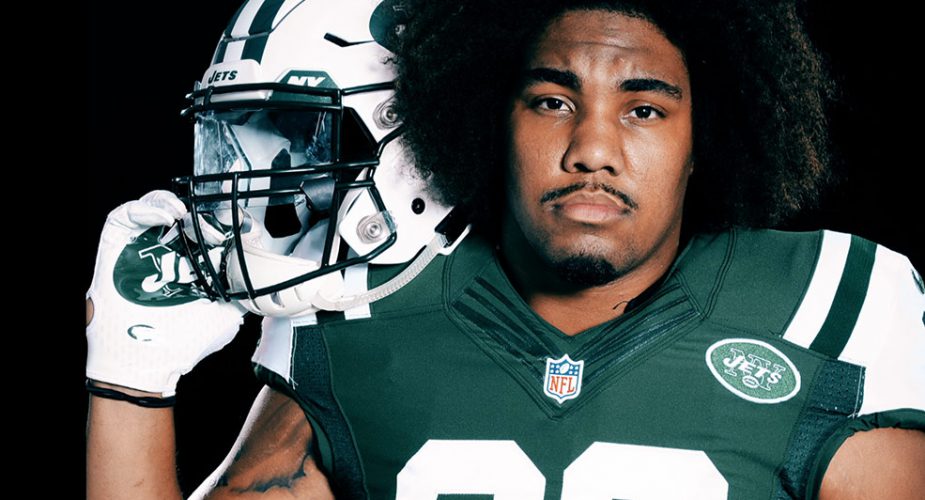 Leonard Williams was born in Bakersfield, California and spent time living in Sacramento, Michigan, and Arizona before settling in Daytona Beach, Florida. Williams attended Mainland High School and was a two-sport athlete participating in both football as well as track and field. Rated as a four star prospect coming out of high school, Williams was considered the fifth best strong side defensive end of his class.

Williams returned to his native California to attend USC. As a true freshman, Williams started all 13 games at defensive tackle and racked up 64 total tackles, 13.5 tackles for a loss, eight sacks, and an interception. Williams’ freshman performance was enough to earn him PAC-12 defensive freshman of the year. During his sophomore season Williams was moved from defensive tackle to defensive end. In just three seasons Williams recorded 218 total tackles, 36.5 tackles for a loss, 21 sacks, five forced fumbles, and two interceptions. After earning first team All PAC-12 and All American honors his sophomore and junior season, Williams decided to forgo his senior season in order to enter the 2015 NFL Draft.

The Jets were pleasantly surprised when Leonard Williams fell into their laps in this year’s draft. Taken with the sixth pick in the first round, many believe the Jets got a steal. Most draft analysts regarded Williams as the best overall player in the draft. Williams is joining an already loaded defensive line with other standouts such as Muhammad Wilkerson, Sheldon Richardson, and Damon Harrison. Williams will likely start in place of Sheldon Richardson for the first four weeks of the season while Richardson serves his suspension for violating the league’s substance abuse policy.