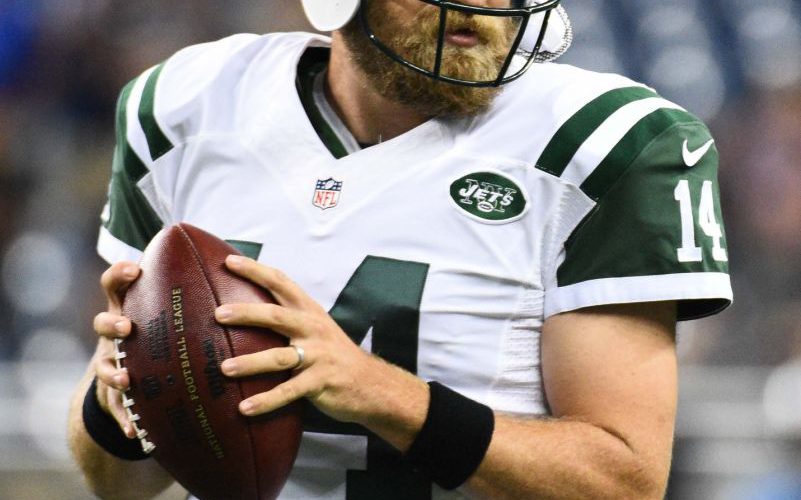 New York hits the big stage when the Jets (1-0) travel to Indianapolis to take on the Colts (0-1) on Monday Night Football. This showdown will begin at 8:30 p.m. and will be broadcasted on ESPN. Mike Tirico and Jon Gruden are on the call.

The Jets are coming off a 21-point dismantling of the Browns in week one. Yes, both sides of the ball started slow, but the Jets were able to bend instead of break and did a great job forcing turnovers.

Meanwhile, Indianapolis entered this year with Super Bowl-or-bust expectations. Obviously, the season is still very young, but things got off to a rocky start. The Colts were dominated in every aspect of their game, losing in Buffalo 27-14.

Love him or hate him, the Jets could learn a lot about how to attack Indianapolis from former head coach Rex Ryan, who put together a really solid gameplan in his first game as coach of the Bills. Let’s dive into the matchup:

As you may or may not have heard, the Colts have a pro bowl quarterback named Andrew Luck. Andrew Luck is very good at football. He’s got a rocket arm, a high football IQ and tons of athleticism. Last year, Luck threw for 4,761 yards with 40 touchdowns to 16 interceptions. He also rushed for 273 yards and three touchdowns.

Andrew Luck’s offensive line… not so good. The Colts haven’t had a running back reach the 100 yard plateau since December of 2012 (Vick Ballard at Houston). That’s as much of a reflection (if not more) on the offensive line as it is any running back in Indy’s backfield.

When Luck is provided the time, he has a lot of playmakers to get the ball to. Former Texans wide out Andre Johnson joins T.Y. Hilton (more on him later), Dwayne Allen, Coby Fleener and Donte Moncrief as weapons. Former 49ers running back Frank Gore is expected to help the previously-reported porous Indianapolis running game.

Indy has an unspectacular but solid defense. The strength of the unit comes from the secondary, led by cornerback Vontae Davis. Davis, a former Miami Dolphins first round draft pick, was traded to the Colts in 2012 for a second round pick and has morphed into one of the best cornerbacks in the league.

Last year, the Colts ranked 12th in pass defense and 18th in run defense. They don’t get to the quarterback much, but the hope is the addition of outside linebacker Trent Cole, a solid veteran presence, will help the Colts disturb the quarterback more.

Wide receiver T.Y. Hilton will be a game-time decision for the Colts with a knee injury. Hilton has developed into one of the most dangerous and explosive wideouts in the league, and the Jets could hold a huge advantage with Hilton out, especially with cornerback Antonio Cromartie also out with a knee injury

If Hilton does play, I would expect Darrelle Revis to see him for the majority of the game. The Jets would also be wise to always have safety help over the top with such an explosive offense. New York got burnt deep in week one and can’t afford that luxury against a team with more talent.

The old adage is games are won in the trenches. With about 90 years of evidence, it’s hard to disagree; the team that can dominate the line usually wins.

The Bills were able to whoop the Colts offensive and defensive line last week. On offense, Buffalo ran effectively. On defense, they used exotic blitz packages. Buffalo blitzed on 49 percent of Indy’s offensive plays last week, and it forced Andrew Luck into two interceptions, two sacks and a ton of uncomfortable moments.

Todd Bowles loves to blitz. The Jets have a tough front seven and should get their chances at knocking around Luck. The blueprint has been set, let’s see if the Jets can follow.

The early returns on Chan Gailey’s new offense were solid last week. After a slow start, the offense turned into high gear towards the end of the first half. The biggest difference? Punching it in inside the 20.

The Jets scored four touchdowns and kicked a field goal in their five red zone possessions. Without looking at the numbers, I could still tell you the Jets were miserable at scoring touchdowns last year. I love Nick Folk as much as the next guy, but you have to score touchdowns in this league.

I loved how Gailey used Chris Ivory inside the 20. He spread things out and let Ivory bounce off of tacklers everywhere. Ivory is a horse, and he should get a lot of chances to score on that end of the field.

Last week, wide receiver Brandon Marshall abused Joe Haden, regarded as one of the top cornerbacks in the league. He was just bigger, stronger and better than Haden. If Marshall can beat up on Vontae Davis, and demand extra attention in the process, it opens things up for the likes of Eric Decker and Chris Owusu.

Last week, the Colts average starting field position was their own 17 yard line. They trotted out four different return men and rookie wide out Phillip Dorsett muffed two punts. Pinning Indy deep in their own territory for the second straight game would be fantastic news for the Jets. Let’s see if they can execute.