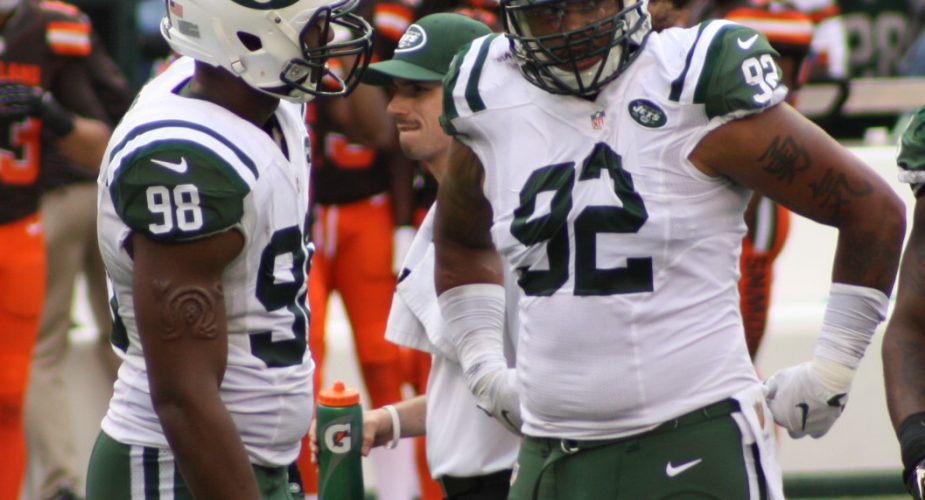 ­The starting quarterback drama returned in full force this week for the Jets, with it unclear on when/if Geno Smith would return to start. Smith, however, stayed on the sidelines and the Jets continued with Ryan Fitzpatrick as the starting quarterback for their game against the Eagles, their first loss of the season by a score of 24-17, and are 0-10 against Philadelphia all time.

Eagles struck first with a field goal after a good stand by the defense to prevent a touchdown, but the Jets didn’t get a first down until their third drive, and the Eagles scored again on a decent punt by Ryan Quigley. Darren Sproles ran it back.

Things just went downhill for the Jets from there. The poor decision to challenge that a one handed Jeremy Kerley grab happened in bounds lost the Jets a challenge and a timeout. After a tired defense allowed a second touchdown, the Jets came back out to start the drive, and after catching a Ryan Fitzpatrick pass, Brandon Marshall tried to lateral the ball to Jeff Cumberland and threw the ball away on the Jets side of the field. The Eagles scored another touchdown easily.

It was 24-0 in favor of Philadelphia when the Jets offense finally pulled it together and went down the field with relative ease. Fitzpatrick hit Marshall for a touchdown with six seconds left in the half, and the half ended 24-7.

The Eagles received the ball to open the second half, but the Jets got them off the field pretty quickly. The offense still sputtered though, and Fitzpatrick was intercepted by the Eagles’ Eric Rowe in the endzone late in the third.

The Jets finally scored again early in the fourth after a long drive, bringing the score to 24-14. The defense, having done everything but force a turnover today, forced a turnover. David Harris forced a fumble that gave the Jets the ball back in the middle of the fourth, but the offense again stalled, with Brian Winters, in for Willie Colon, on the offensive line, getting beaten badly and allowing the Eagles defense to get their hands on and intercept another Fitzpatrick pass.

The defense took the Eagles offense off the field again with 4:48 to go in the game, and Fitzpatrick threw a third interception, the first that wasn’t really his fault. It went off the hands of Brandon Marshall. After the defense took the Eagles off the field again, the Jets managed to get into field goal range for Nick Folk, who connected on a 53 yard attempt to bring the score from 24-17.

Chris Ivory and Eric Decker were clearly missed on offense today, which struggled in all areas of the game except making Philly’s defense look a lot more impressive than it was. Fitzpatrick didn’t have a good game. He underthrew his receivers and the ball was in the wrong place.

Fitzpatricks’s final numbers on the day were 35 of 58 for 283 yards with two touchdowns, three interceptions and a quarterback rating of 62.6.

Brandon Marshall led all receivers with 10 receptions for 109 yards and a touchdown. Bilal Powell led the Jets rushers with Ivory out. He had ten carries for 31 yards.

The Jets look to get back in the win column next Sunday against the Dolphins. Don’t forget that game is considered a Miami home game but is being played in London. Kickoff is at 9:30 AM EST.

By Kristine Gammer
Posted on September 27, 2015