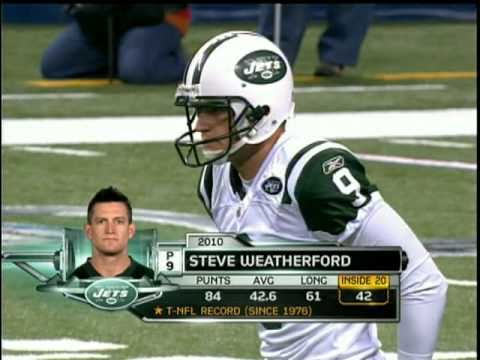 Unclear how long Steve Weatherford will be on the Jets. Could be one-game rental. TBD.

This will be the 10th year in the NFL for Weatherford. He spent two years with the Jets and the last four with the Giants. The Jets punt team has struggled this year so this one week tryout could be a long term thing if Weatherford performs well.

Jets fans are sounding off on Steve Weatherford to the Jets in our forums.