In Search of Pass Rush, Catapano, Mauldin get Extensive Look 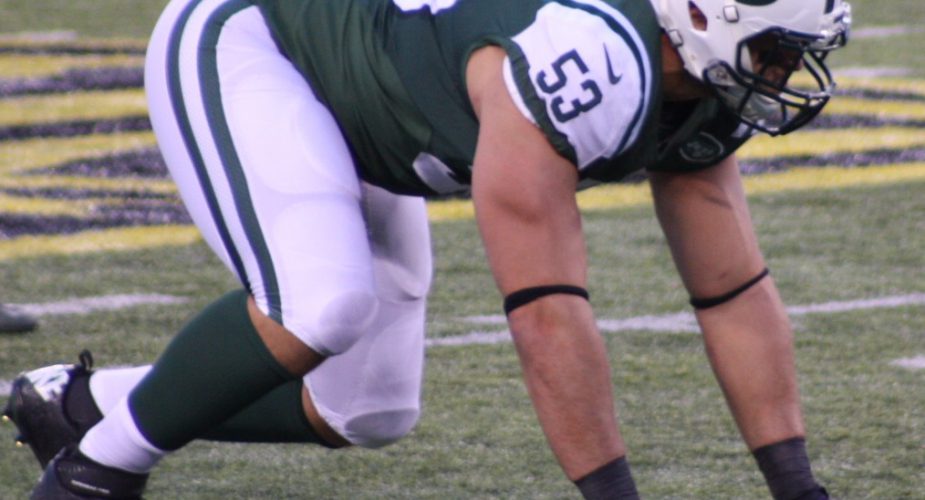 In an effort to boost his team’s pass rush off the edge against the Miami Dolphins on Sunday, Jets Head Coach Todd Bowles turned to rookie linebacker Lorenzo Mauldin and  former Kansas City Chiefs 2013 7th round draft choice, Mike Catapano. 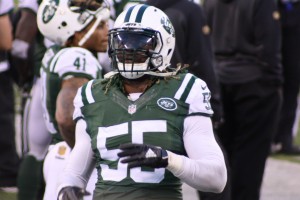 Rookie linebacker Lorenzo Mauldin picked up his third sack of the season on Sunday.

Mauldin saw his most extensive action of the season as he was in on 39 plays and notched his third sack when he leveled Dolphins quarterback Ryan Tannehill while adding a fumble recovery on a Sheldon Richardson strip sack late in the fourth quarter.

Look for Bowles and defensive coordinator Kacy Rodgers to continue tinkering with  Mauldin, Catapano and second-year linebacker Trevor Reilly as they look for ways to get to the quarterback from the outside edge, something the team has had difficulty doing for far too long.