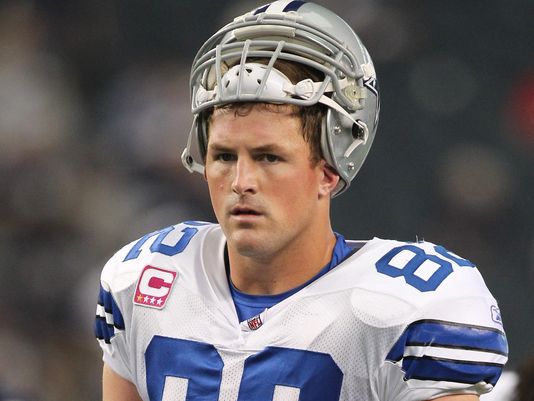 Week fifteen of the 2015 season is almost upon us and for the New York Jets, that means a trip to Dallas to take on the struggling 4-9 Dallas Cowboys.

If Jets fans are viewing this game as an easy win, they only have to look back a few weeks to when the Jets made their last trip to Texas in what turned out to be a pivotal loss to quarterback TJ Yates and the lowly Houston Texans.

There’s no denying the Cowboy’s struggles, but as is the case with every NFL team, there are some players worth keeping an eye on who can have a significant impact on the final outcome.

JetNation.com takes a look at a few Cowboys who fit that description.

Now in his 13th NFL season, Witten has been the most targeted receiver on the Cowboys roster this year (89) and leads the team in receptions (65) and yards (594) as a result.

With a struggling Dez Bryant sure to draw Darrelle Revis in coverage, it seems Witten will be a lock to have his number called quite often against Gang Green.

The Cowboys are likely to make an attempt to win the time of possession battle through the short passing game if they’re unable to run against the Jets’ top run defense in the NFL, allowing 78.9 yards per game.  Should this be the case, Jets safety Marcus Gilchrist could be a busy man.

The good news?  Witten has found the end zone only twice this season with both scores coming in the season opener against the New York Giants, putting him at 12 games without a touchdown, a number the Jets will hope to extend to 13 on Saturday.

Yes, Hardy has made more headlines this season for hitting women than he has for hitting quarterbacks, but that doesn’t mean the Jets can discount his on-field performance.

If the Jets want to avoid losing to an inferior opponent as they did against the Philadelphia Eagles and Houston Texans earlier this season, they’ll have to give Ryan Fitzpatrick more time to throw than they did against those defensive fronts.  If they fail to do so, Hardy will be a big part of the reason why.

Martin, one of the NFL’s top offensive linemen and currently ranked 3rd in the NFL by ProFootballFocus.com will have his hands full with an active Jets defensive front that will use a variety of looks that could have him facing any combination of Damon Harrison, Muhammad Wilkerson, Leonard Williams and Sheldon Richardson.

The Cowboys offense has struggled mightily with Matt Cassell at quarterback, so if and when they try to establish the run, their level of success will hinge largely on whether or not Martin is able to win his one-on-one battles.  Some of the matchups he may face could be worth the price of admission on their own.

Despite the struggles of quarterback Matt Cassell, the Cowboys have still asked him to take the occasional shot deep down the field.  With Darrelle Revis likely locking down Dez Bryant on one side, Williams, who leads Cowboys regulars in yards per reception at 15.6 yards per catch, will look to make a big play against Jets cornerback Antonio Cromartie.

Cromartie has struggled for much of 2015 but has been much better of late along with the rest of the Jets defense, a unit that has been as stingy as any in the NFL over the course of the past few weeks.

Be sure to tune in on Saturday night to watch as the Jets look to improve their post-season chances as they attempt to get to 9-5 in the lone star state.