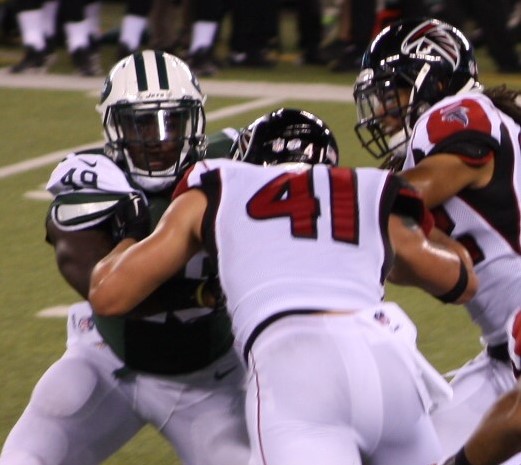 As expected, the New York Jets placed rookie wide receiver Devin Smith on season-ending inured reserve with a torn ACL that he suffered in last week’s victory over the Tennessee Titans.

To take Smith’s spot on the roster, the Jets elevated hard-hitting inside linebacker Taiwan Jones, an undrafted rookie free agent out of Michigan State who some projected as a mid-round draft choice.

Click here for a quick peek at Jones doing what he did so many times in college, only this time for Gang Green this pre-season.