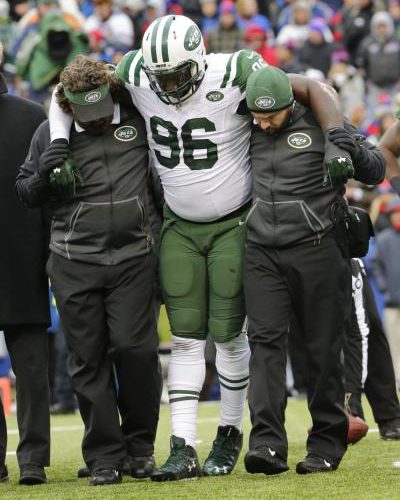 When Muhammad Wilkerson left the game against the Buffalo Bills today, you could see the pain on his face. Todd Bowles confirmed that Wilkerson did break his leg during the game.

Mo Wilkerson (broken leg) left the locker room on crutches with his lower right leg in a boot. #nyj

We don’t know much about the injury and with the Jets season ending today, he has plenty of time to recover. Get well soon Muhammad.