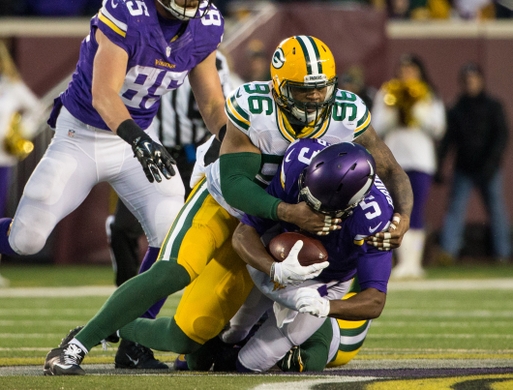 On the verge on NFL free agency, the New York Jets have their fair share of holes to fill on both sides of the ball, but unlike last season they won’t have the money with which to do a whole lot.

As of right now, Gang Green is approximately $7 million under the salary cap.  Of course that number will change at some point as players such as wide receiver Jeremy Kerley and tight end Jeff Cumberland figure to be cap casualties.  Barring a trade of defensive lineman Muhammad Wilkerson which would free up an additional $15 million, there should be very little spending on the horizon.

With that in mind, here are a few options the Jets may explore when free agency is under way that can fill some key spots at minimal cost.

RB Bryce Brown- Chris Ivory is set to become a free agent along with Bilal Powell who may end up bolting for any of the Jets three division rivals if he’s not retained by Maccagnan and company.  With only Zac Stacy under contract, the Jets will need to add at least a pair of running backs this off-season.  In all likelihood they’ll grab at least one in the draft, and one through free agency if Powell does depart.

Brown is an intriguing player with whom Bowles is fairly familiar.  As a member of the Philadelphia Eagles coaching staff in 2009, Bowles got to see Brown get his most extensive playing time as a pro when he rushed for 347 yds and 4 TD’s in his first two starts as a pro.

Clearly Brown hasn’t managed to earn significant playing time in several seasons, but his familiarity with Bowles and his near identical build to Ivory with slightly more speed might put him on the Jets radar as a body to compete for snaps during training camp.

Most recently, Brown played sparingly with the Seattle Seahawks in 2015, carrying the ball 25 times for  72 yards and a touchdown.  Not a great deal of playing time, but at the same time, Pete Carroll, one of the league’s most respected coaches, signed Brown multiple times. That’s the good.  The bad?  The respected Carroll also cut Brown loose multiple times.

RB Alfred Morris- Coming off  a down season in which he ran for a career low 751 yards, Morris may be an affordable option for the Jets in free agency.

Through his first three seasons as a pro, Morris ran for 3,662 yards and 20 touchdowns in the football albatross that is Washington.  He’s also extremely durable, having not missed a single start in four seasons.

Morris hasn’t done a great deal as a receiver out of the backfield, but that’s another area in which Jets coordinator Chan Gailey tends to get the most out of his players.  Entering last season, Chris Ivory had never had more than 18 receptions in a single season before hauling in 30 in year one under Gailey.

With that being the case, there’s no reason to question Gailey’s ability to get some improvement from Morris in that area, whose career high is 17 receptions. 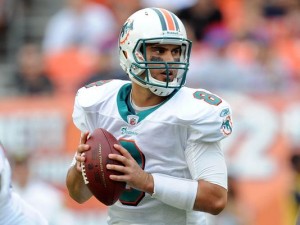 QB Matt Moore- Moore is another player with whom Bowles is familiar with as he was the Dolphins  starting quarterback in Miami when the Jets coach filled in for the fired Tony Sparano who was sent packing with three games remaining in the 2011 season.

That was a season that saw the Dolphins start off at 0-4.  Moore would lead the fins to a 6-6 record, including a 6-3 mark over the season’s final nine contests after losing his first three starts.

While Moore’s completion percentage dipped considerably down the stretch, he finished the season at a respectable 60.5%, throwing 6 touchdowns and 3 interceptions to go 2-1 when Bowles too over for the fired Tony Sparano.

In addition to Bowles’ presence, Jets star wide receiver Brandon Marshall was Moore’s top target and a big reason for his 6-3 run.

Chandler may not have enough left in the tank to be an every down player, but the 6′ 7” veteran could provide Gang Green with another legitimate threat in the red zone as 15 of his 21 career TD’s have come inside the opponents’ 20-yard line while also possessing the ability to block up front.  A deteriorating skill in today’s NFL.

OG JR Sweezy- Full disclosure.  Sweezy is only on this list because news broke of the Jets supposed interest in the four-year Seattle veteran.  Ranked 66th of 81 NFL guards by PFF.com, Sweezy has been a starter along the Seahawks O-line for each of the last three seasons, missing a total of just two games after being chosen in the 7th round of the 2012 NFL draft out of NC State where he was a defensive lineman. 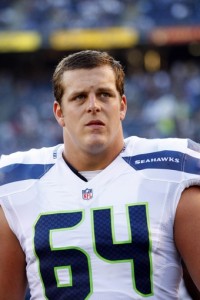 The Jets are reportedly interested in guard JR Sweezy.

Should the Jets come to terms with Sweezy, it would be the third consecutive season in which they’ve poached a starting offensive lineman from the Seahawks, joining right tackle Breno Giacomini two seasons ago, and left guard James Carpenter last off-season.

OLB Mike Neal- No, Neal won’t be the answer the Jets are looking for at rush outside linebacker, but he’s a former second-round pick of the Packers who played outside linebacker on both sides last season while also getting some work at defensive tackle where he played during his college days.  Neal is A versatile player who can fill multiple roles in Todd Bowles’ defense and is unlikely to command big money.

The former Purdue product has tallied 19 sacks in 68 career games (29 starts) and the Jets will be looking to add depth at outside linebacker with Calvin Pace set to turn 36 next season, and another body to take reps along the defensive line is always a welcome addition.

General Manger Mike Maccagnan wasn’t name executive of the year without good reason, so he may have his sights set on adding a bigger name that most are anticipating at this point, but make no mistake, given the Jets current salary cap situation, he’ll be shopping in the discount aisle in the early going.