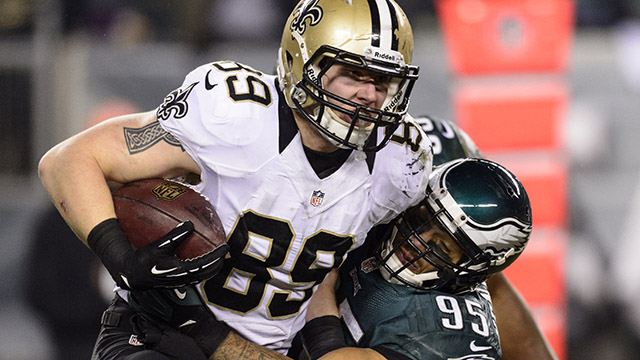 With the likely departure of outside linebacker Calvin Pace, the Jets are in need of an edge-setting presence in his absence which is why they had Ravens linebacker Courtney Upshaw in for a face to face.

Upshaw, who was chosen in the second round (35th overall) in the 2012 draft, has been somewhat of a disappointment through his first four pro seasons.  Despite appearing in 64 career games, 51 of them starts, Upshaw has managed just 110 tackles and 5 sacks.  Even still, he’s held up well in run support and is one of the top remaining linebackers on the market and will likely come cheap.

Courtney Upshaw is visiting the #Jets today. Here's some details on him: https://t.co/BTG08F4Ex8 pic.twitter.com/jeQujv2tOs

The 6′ 5” Hill is a three-year pro with 36 receptions for 340 yards and 8 touchdowns.  If signed, Hill could add another solid red zone option to go along with Brandon Marshall and Eric Decker as 7 of his 8 career scores have come inside the opponent’s 20-yard line.  Not willing to allow Hill simply walk out the door, the Saints did make him a qualifying offer, allowing New Orleans first right of refusal for any offer Hill receives.

Saints TE Josh Hill, who visited Jets, is a restricted FA, tendered at lowest level. No draft-pick comp, but NO has ROFR. #nyj

Norwood made headlines during Super Bowl 50 with a record-setting 61 yard punt return that set up a Broncos field goal, but has managed just 8.6 yards per return in four pro seasons (10 returns, 86 yards).  Playing sparingly as a receiver, Norwood hs racked up 85 receptions for 612 yards and one touchdown.

Meanwhile, the Jets and quarterback Ryan Fitzpatrick are still at an impasse and neither side appears to be prepared to budge.