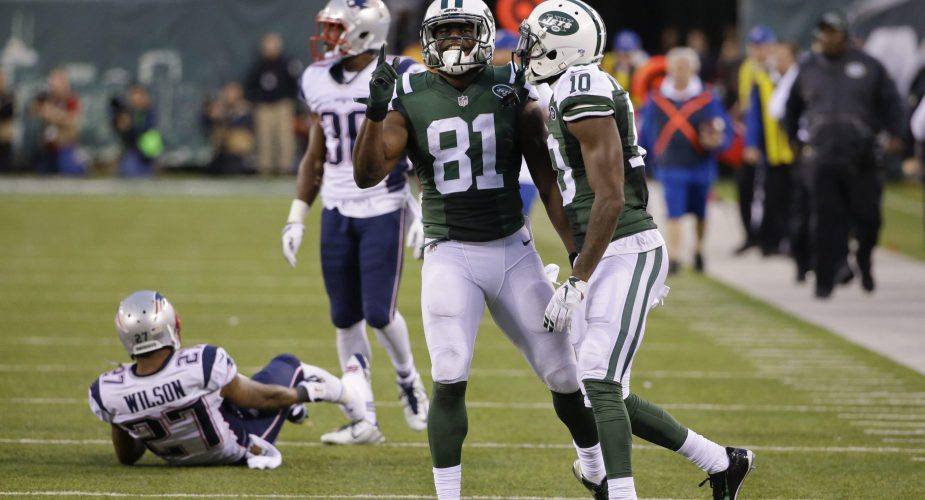 Performance-based pay is extra money doled out to players who’s playing time is disproportionate to their current contract. The money is taken from a fund given to each team. Each team is given roughly $3.8 million to distribute to players. The system aims to reward up-and-coming players who have high snap counts, but low salaries. The Jets had 60 players who received some compensation through the PBP. The players with the highest payouts were Quincy Enunwa ($296,712), and Brian Winters ($204,226). Throughout the NFL, 2,050 players were compensated and the average amount of compensation was $59,396. The player who received the most money from the PBP was Denver Broncos center Matt Paradis with $391,647. The player who received the smallest amount from the PBP was Buffalo Bills quarterback Matt Cassel who received $58. Cassel only took one snap all season, while Paradis was on the field for every snap during the season. Paradis played last season with a veteran minimum contract, making him a candidate for a large payment from the PBP.

After rebuilding their backfield, the Jets have made some ‘bargain bin’ signings. With the departure of Damon Harrison, the Jets signed former Pittsburgh Steelers nose tackle Steve McLendon. In another move to sure up the defensive line depth, the Jets also signed former Chicago Bears defensive end Jarvis Jenkins. McLendon’s deal is a three-year deal with a $10.5 million base salary over the three years, and the potential to reach $12.5 million with $4 million guaranteed. Jenkins’ deal is a two-year deal for $7 million, with $3 million guaranteed. Tight end Kellen Davis was brought back into the fold on a new deal, adding more depth to the position. Davis, not exactly a receiving threat, fills the blocking tight end role. The Jets do have an unknown in Jace Amaro and recently re-signed Zach Sudfeld at the tight end position, but they may make another move to add some proven talent.

It was recently discovered that Darrelle Revis played through most of the season with a wrist injury. Revis had surgery on Thursday to repair a torn ligament in his wrist. If the Jets were aware of the injury during the season they’re liable to receive punishment handed down by the league. According to general manager Mike Maccagnan, the Jets became aware of the injury “about a week or so ago.” When asked why the injury never appeared on the injury report, Maccagnan said, “It really wasn’t on our injury report because we never really treated it during the season. I think the most we probably did with it was tape his wrist up for game day, which is what we did as a regular practice, nothing out of the ordinary.” The injury could have been partially responsible for some of Revis’ sub-par games last season. It will take two to three months for Revis to have his hard cast removed. It’s expected that he’ll be ready for training camp in July.

The Jets had three free agent visits recently. The free agents included: former Baltimore Ravens linebacker Courtney Upshaw, former New Orleans Saints tight end Josh Hill, and former Denver Broncos punt returner Jordan Norwood. While the Jets have been doing their ‘due diligence’ they’ve lost two more of their free agents. Both Demario Davis and Antonio Allen have signed contracts with other teams. Demario Davis signed a two-year deal with the Cleveland Browns worth $8 million and $4.2 million guaranteed. Antonio Allen signed a one-year contract worth $800,000 with the Houston Texans. The departure of Davis leaves a hole in the linebacker group, particularly if Erin Henderson doesn’t return. The Jets are trying to re-sign Henderson, but it’s been said that the Raiders are also pursuing the linebacker’s services.