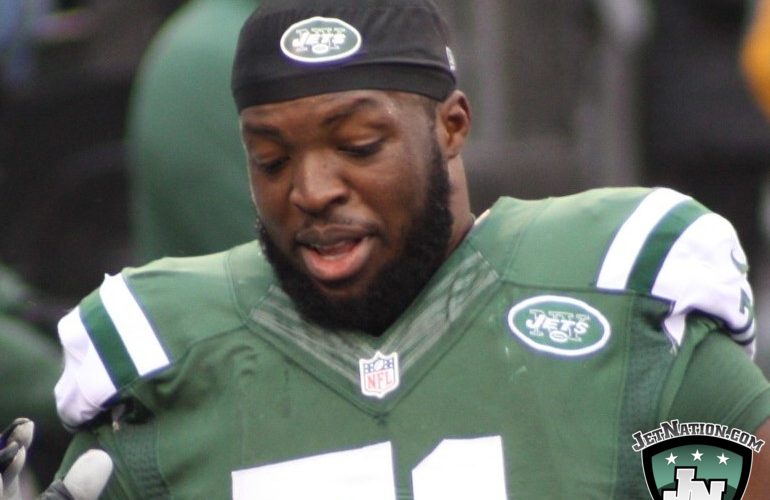 In a move that was necessitated by yesterday’s abrupt retirement of starting left tackle D’Brickashaw Ferguson, the Jets announced the re-signing of Ferguson’s long-time back-up, Ben Ijalana.

The Jets are re-signing backup LT Ben Ijalana, the AP reported. His return provides insurance as the team… https://t.co/GykDCuiYsU

Ijalana, a former 2nd round draft choice of the Indianapolis Colts out of Villanova in the 2011 draft, was signed by the Jets following the 2012 season and has been Ferguson’s back-up ever since.

Having been reminded several times over the course of the past 24 hours that Ferguson, in his ten-year career, didn’t miss a single offensive snap, meaning of course that Ijalana hasn’t seen much of the field during the regular season.

Even still, his familiarity with his fellow line-mates and Chan Gailey’s offense, coupled with the lack of fallback options at the moment, made the move a no-brainer for the Jets front office as they continue to search for a more established player at the position who may be had via trade, or when they likely target the position at some point during the NFL draft in a few weeks.

With Ferguson gone however, this may be Ijalana’s chance to show if he has what it takes to suit up on Sunday’s as more than just a spectator when the offense takes the field.