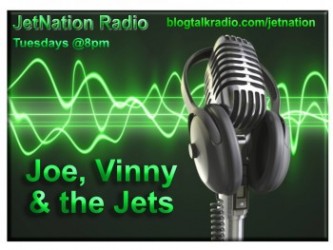 On this week’s episode of Joe, Vinny & the Jets we have A LOT to talk about as the NFL draft is now over. We talk about all of the Jets selections such as first round linebacker from Ohio State Darron Lee, Georgia linebacker Jordan Jenkins and the most polarizing pick of the entire draft Penn State Quarterback Christian Hackenberg.

We will also discuss all of the picks from rounds 4 through 7 and even what undrafted free agents could be potential steals. More topics including how Muhammad Wilkerson wasn’t traded as many Jet fans expected and Ryan Fitzpatrick’s status.