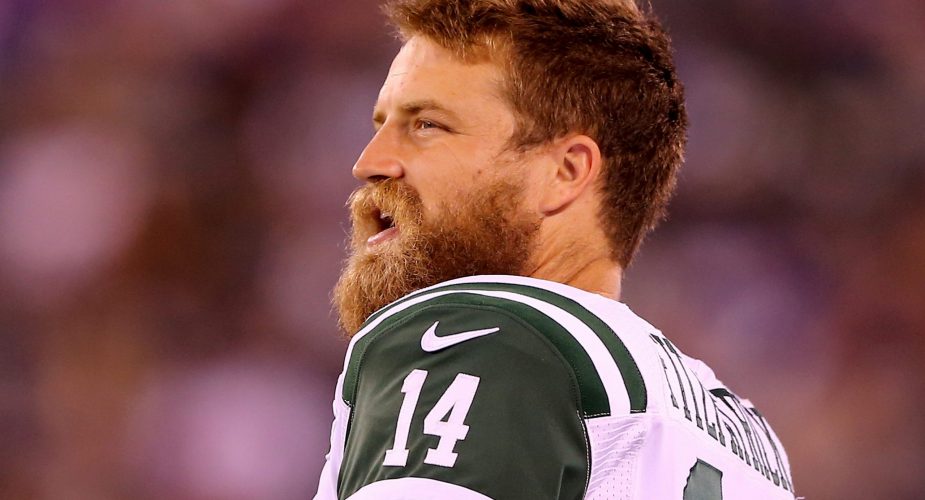 With Training Camp on the Horizon, We Look at Three Potential Story lines for the Upcoming Season

Ryan Fitzpatrick returns after the first day of training camp: It’s been the most talked about narrative for the Jets this offseason. The story will finally come to an end once it hits crunch time. Many players, namely Eric Decker and Brandon Marshall, have stated their support for Fitzpatrick during his contract dispute with the Jets. It’s well known that Fitzpatrick is a leader of the team, and has developed great chemistry with his wide receivers. He also set the record for most touchdowns by a Jets quarterback. So why hasn’t he been signed yet? Well, it was reported that the Jets offered him a three-year $24 million contract. The deal would have paid him $12 million the first year, and an average of $6 million the last two. Obviously the issue with the offer was the final two years, implying that Fitzpatrick will be relegated to a backup. The negotiations might be a little different if Fitzpatrick hadn’t thrown three interceptions in the fourth quarter of week 17 last season. The three interceptions against the Buffalo Bills sealed the Jets fate, effectively keeping them out of the playoffs.

Fitzpatrick needs the Jets, and the Jets need Fitzpatrick. It’s been said over and over again, and it’s something that Jets fans are tired of hearing. Even though the Jets have maintained that they would be OK without Fitzpatrick, there will be protesting from the fans, and possibly even mutiny from the players if the Jets head into the season with Geno Smith as the uncontested starter. While Geno has earned a chance to start, he shouldn’t be handed the job. Many have suggested adding another veteran, but anyone else on the market would be a significant downgrade from Fitzpatrick. He knows the system, he set records for the team last season, and everyone in the locker room respects him. The Jets will up the offer after their first day without Fitzpatrick and he’ll take it. It’s no secret that the Jets are Fitzpatrick’s only option, he either plays for them or doesn’t play at all barring an injury on another team. He wouldn’t be doing the team or himself any favors by delaying the inevitable.

Matt Forte will lead the league in total yards from scrimmage: Matt Forte has stated that he wants to capture the rushing title with the Jets, emulating former Jets’ great Curtis Martin. With the competition in the league, it’s a bit of a stretch for Forte to claim the rushing title but he is arguably the most versatile running back in the league. Forte will surpass the 1,000 yard rushing mark with around 1,100 yards and rack up over 800 yards receiving. Forte will surpass his career best of 808 yards receiving in Chan Gailey’s spread-happy offense. With around 1,950 yards from scrimmage, he will lead the league. Forte will fit nicely in Gailey’s system coming out of the backfield and occasionally splitting out wide. Forte will be a LaDainian Tomlinson 2.0 for the Jets, coming in as a dynamic veteran who will give them a couple of good years.

The Jets will make the playoffs: In the schedule predictions article I had the Jets going 9-7, and with their starting quarterback on the roster they will reach a nine win season. The Jets were handed one of the toughest schedules in the league and won’t match their 10-6 record because of the competition. With the return of their quarterback, and the additions of Matt Forte and Ryan Clady the Jets could have a better offense than they did last season and will be a hard team to beat. Unfortunately for them, many of the teams they have to play will also be hard to beat. The Jets will win a tie-breaker for the sixth seed via division record. When it comes to how far they’ll go, it’s hard to see the Jets getting past the divisional round. Ryan Fitzpatrick always seems to fold under pressure when it comes to games with postseason implications. The Jets still have a win-now team, and they will win, but it would take an even better season than last year and some luck for the Jets to go all the way.