Jets Cooking School Is Back 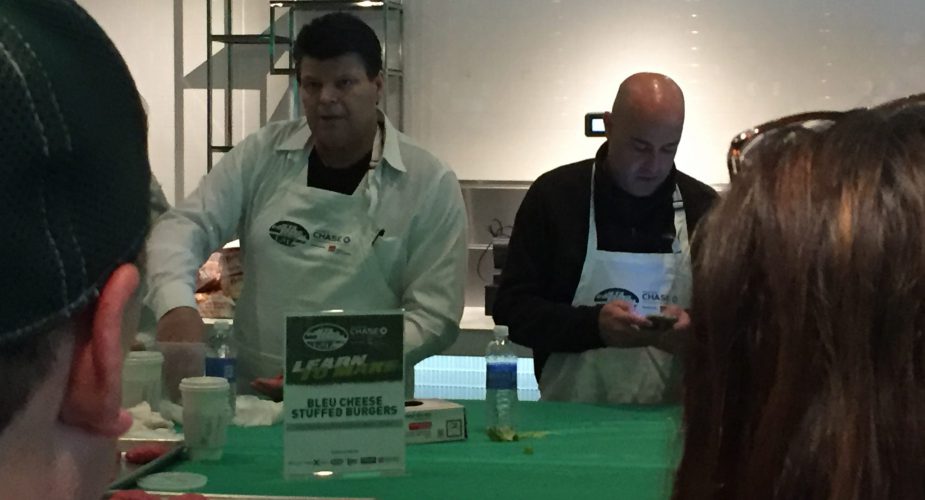 The New York Jets have announced that their partnership with the Institute of Culinary Education (ICE) is back. This is the fourth year of it and if you haven’t gone in the past it is a cooking class with top chefs and New York Jets players. There are autograph opportunities and food. Lots of food. And beer.

This year classes will be held at ICE in New York City, Metlife Stadium and at the Jets facility in Florham Park. Here is the press release from the NY Jets and to sign up or get additional information you can visit http://ice.edu/Jets

Classes to be held at the Institute of Culinary Education, the Atlantic Health Jets Training Center and MetLife Stadium

July 25, 2016 – The New York Jets and the Institute of Culinary Education (ICE) will host the fourth season of the Jets Cooking School presented by Chase. Six classes are scheduled to take place this football season, kicking off Monday, September 19, 2016, and running through February 2017.  Supporting partners for the 2016 Jets Cooking School Kingsford, Miller Lite, Premio and Wusthof.

For the first time, the Jets Cooking School will host a class at the Atlantic Health Jets Training Center in Florham Park, NJ. In addition, two classes will be held at MetLife Stadium and three classes at ICE in Brookfield Place, Manhattan. Four of the six classes will be held on Saturdays.  Classes offered this season include Bacon Bonanza, Tacos & Tequila Tailgate, The Ultimate Burger Bar, Make & Take Barbeque for Your Sunday Tailgate, Family Gingerbread House Workshop and The Great New York Jets Steakhouse.  Each class will provide attendees lessons on how to cook unique recipes for game day.  Participants will learn from ICE’s team of all-pro chefs while cooking alongside current and former Jets players.

Tickets are available for the general public starting July 27, 2016. Season Ticket Holders will receive a 10% discount.

Visit ice.edu/jets for more details on each class topic, players and legends appearances and ticket information.