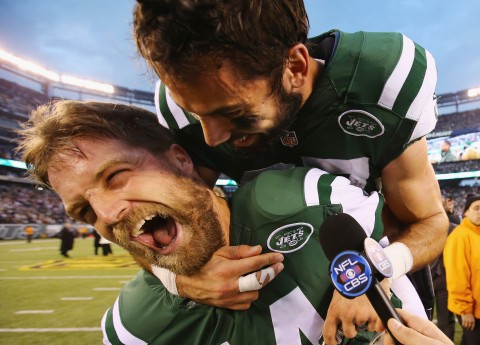 It took a lot longer than all parties involved would have liked, but the New York Jets now have their starting quarterback under contract for the 2016 season according to NFL insider Adam Schefter.

Ryan Fitzpatrick, who was under center for all ten of Gang Green’s victories last season while throwing a team-record 31 touchdowns, has finally agreed to terms with the team after an off-season of rumors, speculation, guessing and hoping.

With training camp set to kick off tomorrow, the team clearly had a renewed sense of urgency and handed the veteran a 1-year $12 million contract.

You can read more about Ryan Fitzpatrick’s contract in our forums.