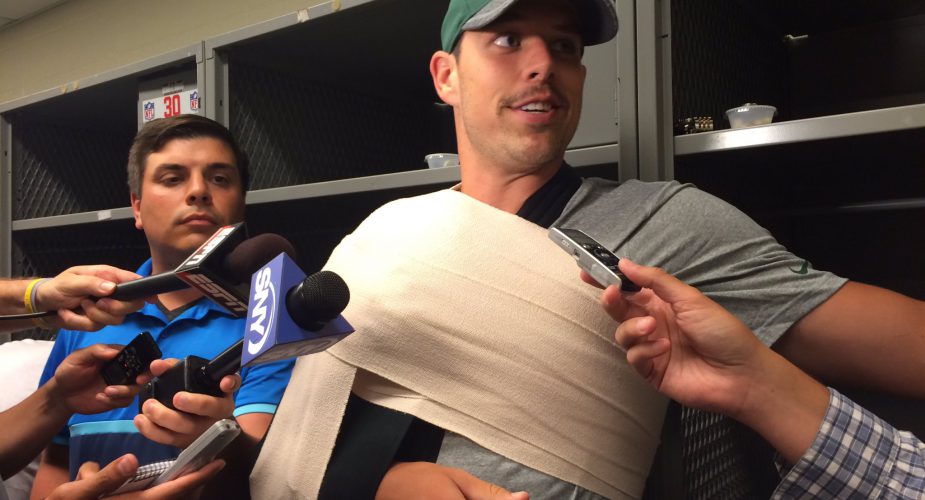 The QB rotation for the final preseason game against the Philadelphia Eagles was scheduled to be split between Bryce Petty and Christian Hackenberg. That is what happened, but Hackenberg was called into action earlier than expected. Petty injured his shoulder after being tackled, a little late, on his touchdown pass. He never returned to the game after leaving the field.

Bryce Petty said he didn't return to the sideline tonight because he was getting X-ray and also treatment.

The stat line on the night was really good for Petty. He went 4 of 6 passing with 87 yards and a touchdown. It completes a strong preseason for Petty, who made the Jets job much tougher when it comes to roster cuts. Here is a stat recap of the entire preseason for Petty.

The reports coming out after the game are saying that the X Rays were negative and Petty will undergo an MRI on Friday morning.

Fans are sounding off in our NY Jets Forum.

By Phil Sullivan
Posted on September 2, 2016