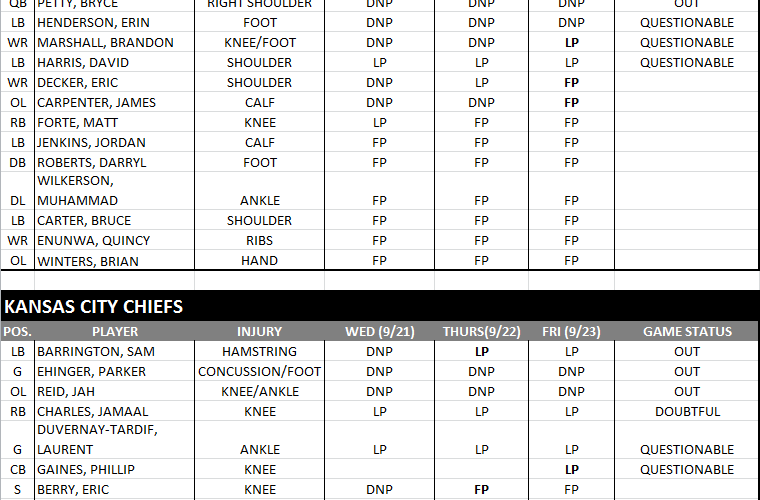 Carpenter was full. Harris, Henderson and Brandon Marshall are questionable.

(Bryce) Petty and Erin Henderson did not practice. Brandon Marshall and David Harris were limited.

Erin Henderson has been listed as questionable but Bryce Petty is officially out and Bowles said he thinks it will be another two weeks before Petty starts practicing. 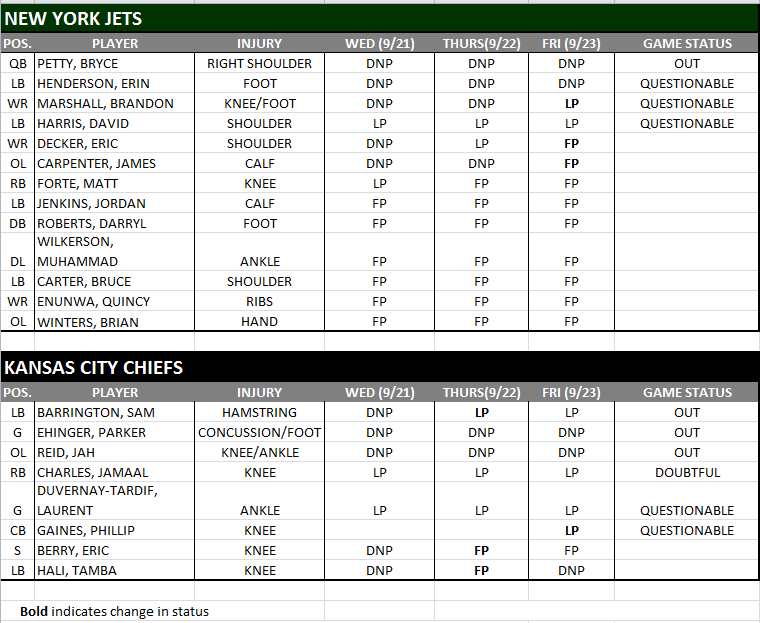