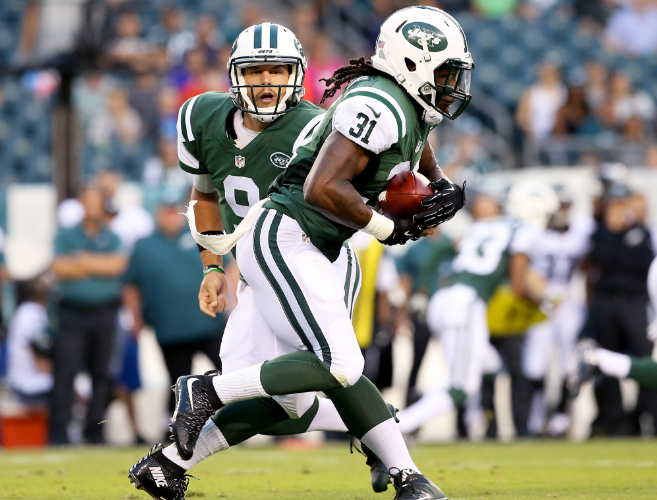 With the Jets season essentially being over already, the Jets have waived a couple of veterans. Out are CJ Spiller and Jeremy Ross. They have been replaced on the active roster with a pair of young running backs Khiry Robinson and Brandon Wilds.

We have signed RB Khiry Robinson and activated RB Brandon Wilds from the practice squad.

The Jets seemed to like Robinson when they brought him in this offseason. He was waived\injured late in the preseason. With Bryce Petty starting the last four games at QB, the audition for next year seems to be spreading to other positions as well.