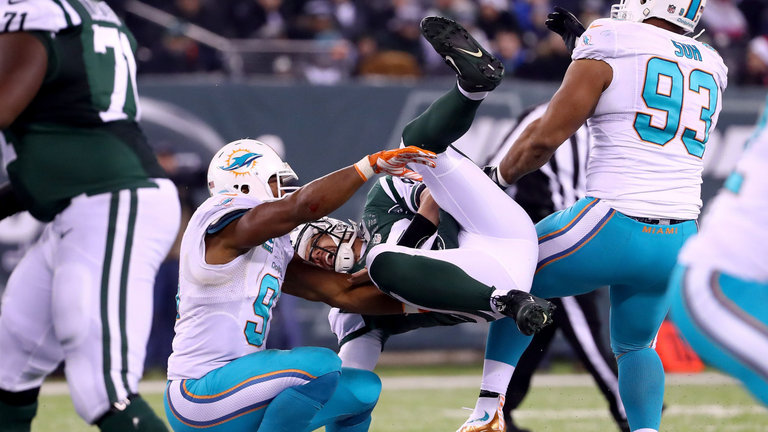 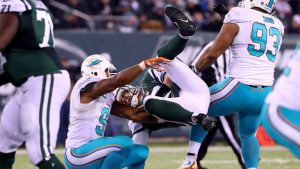 Ian Rapoport is reporting that the news was good for Bryce Petty on the injury front. A chest bruise is pretty much the best possible outcome, after he received a big time hit on Saturday night.

Brian Costello added that there were no broken ribs and that Petty should be able to start on Sunday against the Patriots.

An X-ray on Saturday night showed no broken ribs, but Petty went for further testing Sunday to see whether there is any structural damage to his ribs.

The Jets have not made any official announcement, but if the report is correct, Petty should be able to play against the Patriots on Saturday. There was no media availability Monday, the players’ day off. Jets coach Todd Bowles will address the media Tuesday.

Sounds like tests all turned out OK for #Jets QB Bryce Petty. Source says it’s just a bruise after taking that hard hit on Saturday night.

The jury is still out on Bryce Petty. He has made some mistakes you would expect from a young QB. He has also shown flashes that are very encouraging. He has a big time arm and isn’t shy about taking chances down the field. That is a must in the NFL today, so keeping Petty on the field will help the evaluation process.

Visit our forums to read more and see what other Jets fans are saying about Bryce Petty.