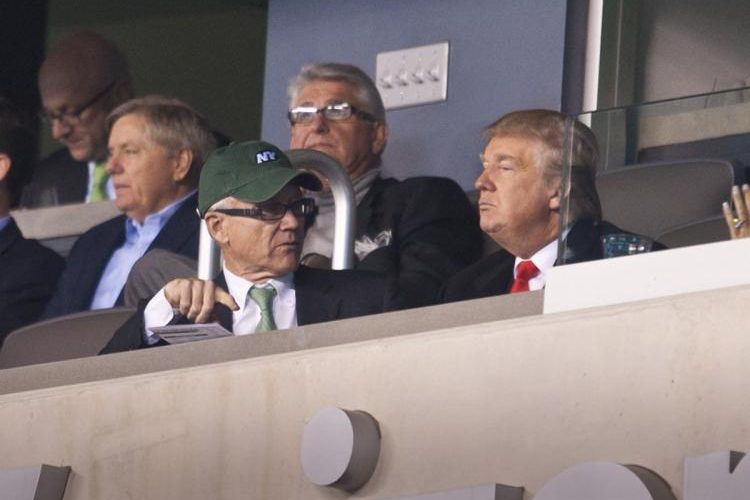 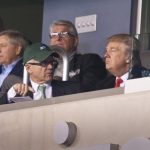 Politics is one of the only topics we normally avoid here at JetNation. That is hard at times because team owner Woody Johnson is very political and is in the news often. We just hate when Jets fans argue politics with other Jets fans. Especially because we have enough actual football topics to spend our time fighting about.

Today we make a political exception because Woody Johnson seems close to giving up day to day control of the team. Donald Trump called Woody Johnson “Ambassador” on Thursday. Pretty much confirming the rumors that Woody would be appointed as the Ambassador to the U.K.

Trump himself alluded to the diplomatic post for Johnson on Thursday, referring to him as “ambassador” during remarks at a celebratory luncheon in downtown Washington. At one point, Trump said Johnson was “going to St. James,” a reference to the official title held by the top U.S. diplomat in London.

The transition official spoke on the condition of anonymity because the nomination has not been formally announced.

The feeling that Jets fans have had for years is that Woody worries more about politics than he does football. These tweets by our new President seem to confirm those feelings.

Woody Johnson, owner of the NYJets, is @JebBush’s finance chairman. If Woody would’ve been w/me, he would’ve been in the playoffs, at least!

Woody Johnson's comments that he would rather have @MittRomney win the election than his @nyjets win games shows real patriotism.

There were reports saying that Woody would hand day to day control of the team over to his brother Christopher Johnson. We will have more on that as the details are released. For now though we will just be happy that Woody won’t be running the team anymore. Thank you Donald Trump, removing Woody from operations is a big step towards Making the Jets Great Again.

President-elect Trump confirmed today that Jets owner Woody Johnson is his choice to be the next US Ambassador to the United Kingdom. pic.twitter.com/0k6FIwfv37