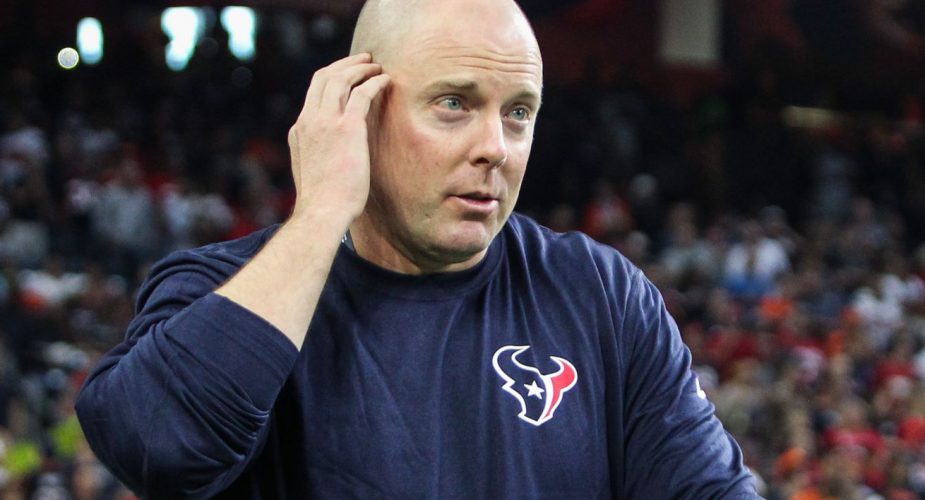 Still without an offensive coordinator or quarterbacks coach with college All-Star games under way, it appears the Jets may be prepared to target an experienced play caller without the hassle of being blocked by his current team, because he doesn’t have one.

The Jets are showing interest in former Texans offensive coordinator George Godsey, according to a league source…. https://t.co/0SUgTNpkAA

The Texans’ offensive production under Godsey is unlikely get Jets fans all that excited as the Texans went from the 14th ranked scoring offense one year before Godsey took over, to 21st and 28th over the next two seasons respectively.  However, few would argue that the Godsey and the Texans had much offensive talent on their roster outside of DeAndre Hopkins.

Aside from his stint in Houston, Godsey worked as an offensive assistant and tight ends coach under Bill Belichick with the New England Patriots, and spent six seasons at the University of Central Florida, four of which were spent as a quarterbacks coach, the other two coaching running backs.

Should Godsey get the Jets job, there would be at least a pair of familiar faces in Florham Park to help him get settled in to the area.  Of course, Jets General Manager Mike Maccagnan was hired away from Godsey’s old employer in Houston, and even more importantly, NFL insider Albert Breer noted recently that Godsey is, or at least was, a fan of Jets project quarterback Christian Hackenberg.

Godsey and O'Brien were close. O'Brien coached him at Georgia Tech. Godsey was the one who pushed O'Brien to get Hackenberg to PSU.

Head Coach Todd Bowles has full authority to fill the vacancies on his staff, but if Godsey is the choice, there’s a good chance Mike Maccagnan would have had a thought or two on his former co-worker to share with Bowles.