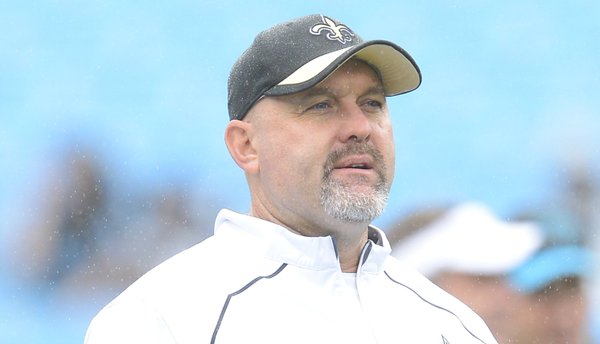 It looks like the Jets search for a new offensive coordinator might be over. The Jets originally interviewed Denver Broncos running backs coach Eric Studesville. Philadelphia Eagles QB coach coach John DeFilippo seemed like a good choice, but the Eagles wouldn’t let him interview. Former Texans offensive coordinator George Godsey was rumored to be in the mix as well, but nothing materialized there. Adam Schefter is reporting that the Jets have their man, current New Orleans Saints wide receivers coach John Morton.

Morton, who is 47, has coaching experience in the pro and college level. Like head coach Todd Bowles, he is also a former NFL player. From his bio on the Saints site.

Morton rejoined the Saints in 2015, after serving as the club’s offensive assistant/passing game coach in 2006, when they advanced to the NFC Championship Game. His efforts with a youthful group that included Brandin Cooks, Willie Snead and Brandon Coleman resulted in significant development for the trio. Cooks led the team in most major receiving categories, making 84 grabs for 1,138 yards and nine touchdowns, as he reached the 1,000 yard mark for the first time. Through Morton’s help, the undrafted Snead made his NFL playing debut and recorded 69 receptions for 984 yards (14.3 avg.) with three touchdowns. The 6-6, 225-pound Coleman made significant strides in his first full NFL season, finishing with 30 catches for 454 yards (15.1 avg.) with two scoring grabs.

Morton was a part of a staff as wide receivers coach in San Francisco from 2011-14 that helped lead the 49ers to three appearances in the NFC Championship and a berth in Super Bowl XLVII. During his 49ers tenure, Morton’s top pupils were Anquan Boldin and Michael Crabtree.

At first glance  he has a nice resume and you have to like that he coached under both Jim Harbaugh and Pete Carroll. Those are two excellent mentors, but the question will be who are they hiring to be the QB coach? Morton doesn’t have that on his resume and with Bryce Petty and Christian Hackenberg being the only QBs on the roster, once the new league year starts, they will need someone that can work with young QBs.

You can read more about John Morton to the Jets in our forums. Here is a video of John Morton coaching back in his USC days.