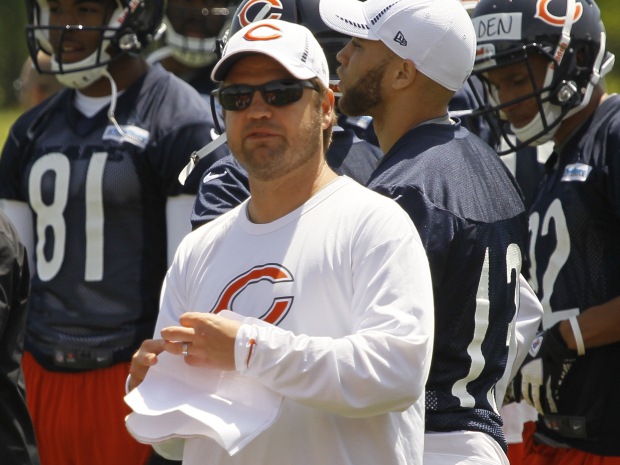 We mentioned it the other day and the Jets made it official today, Jeremy Bates is the new QB coach.

Bates, 40, the son of former long-time NFL and college coach Jim Bates, held the QBs coach title on the Jets once before, under Herm Edwards for the 2005 season, when he worked with Chad Pennington, Vinny Testaverde, Jay Fiedler, Brooks Bollinger and current Texas Tech head coach Kliff Kingsbury.

With this move, not only has Bates returned to the Green & White to work with the Jets’ signalcallers but he’s also reunited with John Morton, signed as the Jets’ offensive coordinator last week. At Southern California in 2009, then-Trojans coach Pete Carroll brought Bates in as assistant head coach/offense to work with Morton, Carroll’s new OC.

A few other coaching moves were announced as well.

The Jets continued to fill out their offensive staff, announcing the hirings of offensive assistant/assistant quarterbacks coach Mick Lombardi (pictured above) and offensive assistant Jason Vrable. The team also made an addition to their strength staff as Joe Giacobbe will serve as an assistant strength and conditioning coach to Justus Galac.

Here is some more information on Jeremy Bates from Glenn Naughton’s original post.

Bates called plays for Seattle for one season under Pete Carroll before being fired after the 2010 season.