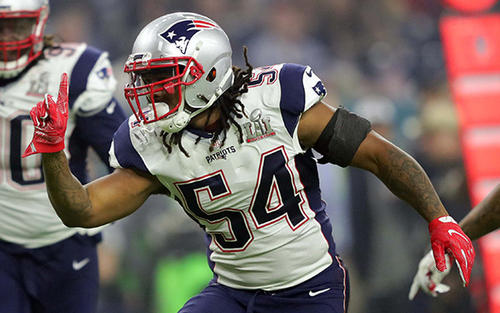 The New York Jets had New England Patriots free agent linebacker Dont’a Hightower in for a visit this weekend. There were reports that he was coming back to Florham Park today. It does look like he left without a deal.

The Jets ended their visit with Hightower convinced he will return to the Pats. The announcement was made by Ian Rapoport.

#Patriots LB Dont’a Hightower visited #Jets this weekend and he’s spent time with #Titans, as well. Both left convinced he re-signs in NE

On the QB front the Jets depth chart still only has Christian Hackenberg and Bryce Petty on it. A few QB rumors to note:

Here are the top remaining NFL free agents according to NJ.com.