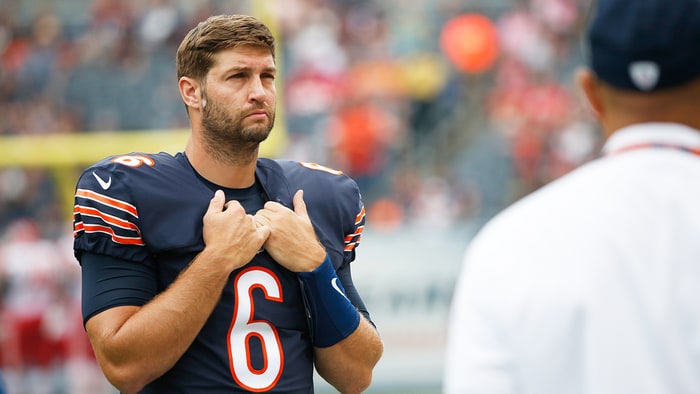 Ian Rapoport is reporting that the Jets have been in touch with recently released Jay Cutler and a visit is likely.

The #Jets have been in touch with QB Jay Cutler, source said, & are keeping tabs on him. Expect a visit as they explore their options at QB

Cutler, who will soon turn 34, is entering his 12th NFL season. He has thrown for over 32,000 yards in his career with 208 TDs and 146 INTs. He definitely would fill the need for a veteran QB. But the Jets are in rebuild mode, so it is very unlikely they would consider Cutler for anything more than a stop gap role.

The Chicago Bears released Cutler last week after he spent 8 seasons with the team. He was originally drafted by the Denver Broncos in the 1st round of the 2006 draft. Matt Leinart from USC was selected one pick before him. That was also the same draft that saw the Jets select D’Brickashaw Ferguson and Nick Mangold in the 1st round.

Here is a very active thread from our forums about the Jets interest in Jay Cutler.