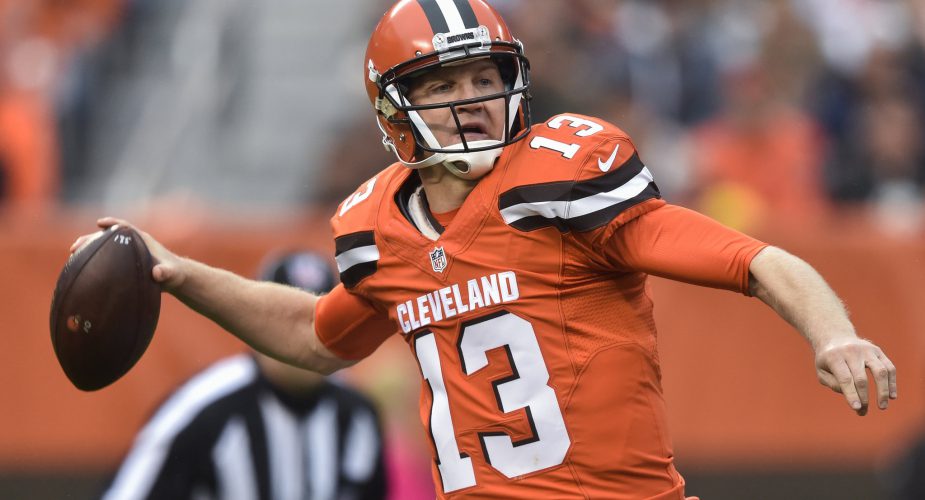 The Jets have been linked to several available quarterbacks this off-season. With only Bryce Petty and Christian Hackenberg under contract it seemed like a certainty that the team would add a veteran to the roster. Last Friday, Josh McCown came to town and many were surprised when he left without a contract. Today free agent QB Chase Daniel was reported to be in for a visit.

Looks like the Jets have their veteran, as the team announced they have signed Josh McCown. It is one-year deal that is heavy in incentives.

The deal is for 1 year, $6 million fully guaranteed, source confirmed. Also has $7M in incentives, as @AlbertBreer reported.

New Jets QB coach Jeremy Bates was McCown’s QB coach in Chicago 2012 when the latter participated in training camp and was released before re-signing with the Bears during Week 11. The following season, McCown appeared in eight contests and made five starts. During that campaign, McCown threw for 1,829 yards with 13 TDs and 1 INT while posting a career-best 109.0 passer rating.

This signing helps the Jets stick with the game plan. It brings in a veteran QB that can start if needed, but can also help out the younger QBs. As the Jets purged the roster earlier this off-season it became obvious that a youth movement is happening. Bryce Petty and Christian Hackenberg seem to have an opportunity in front of them to extend that youth movement to the QB position.

You can read more about this move and see fan reaction in our NY Jets message board.