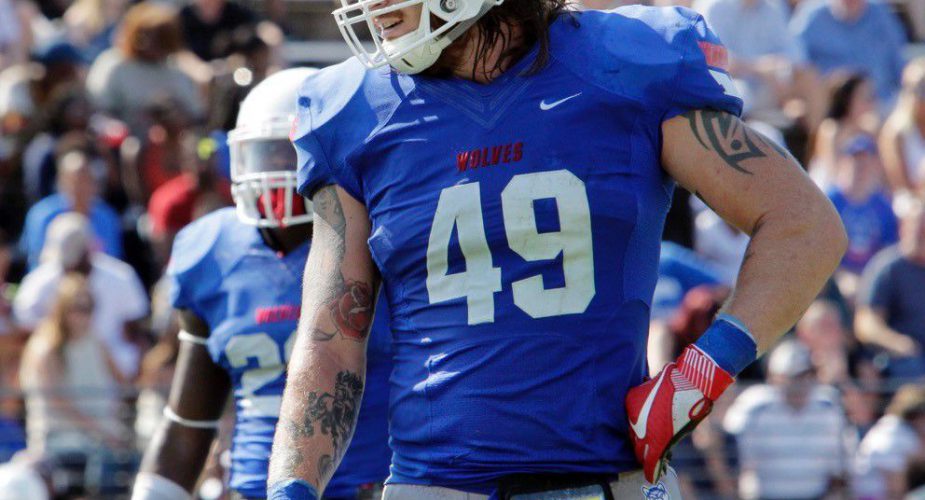 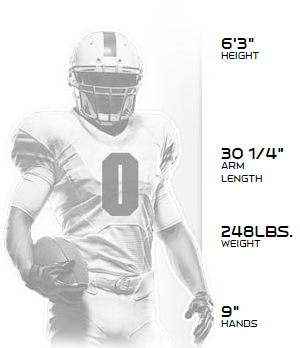 The NY Jets selected Dylan Donahue out of West Georgia (DII). Donahue is listed as a pass rushing defensive lineman. Mike Mayock said he knew nothing about this kid but once he watched his tape he watched three more of his games. He says, “he plays like his hair is on fire” and expects him to be a passing rushing outside linebacker in the NFL. It looks like new coach Kevin Greene just got his first project.

Here is his scouting report:

His footwork and lateral quickness puts him in position to go make a play. Uses slaps and chops to batter a tackle’s punch and gain advantage on the edge. Comes off snap low and with good burst. Has flexible hips and good overall bend in lower half to unleash a more dynamic pass rush attack. Relentless forward charge that leads to second effort sacks and tackles. Pursuit continues down the field. Finds ball quickly and works to shed and tackle on time. Has range and athletic traits to transition to outside linebacker spot quickly. Posted monster production at West Georgia against run and pass. Comes from NFL bloodlines.

Undersized and lacks NFL length. Short arms will always be a concern against tackles and tight ends with quick hands who can get into his frame first. Will struggle to take a stand and set a strong edge against NFL power. Hand usage is somewhat basic. Needs to work towards a Masters degree in hand fighting to counter his poor arm length. Has to rely on motor over power and skill to win second half of the rep. Face-up rusher who lacks desired speed-to-power element. Needs to add competent counter rush move.

Jets will draft West Georgia DE/OLB Dylan Donahue in the fifth-round (No. 181 from Browns trade). He'll be a 25-year-old rookie. #NFLDraft