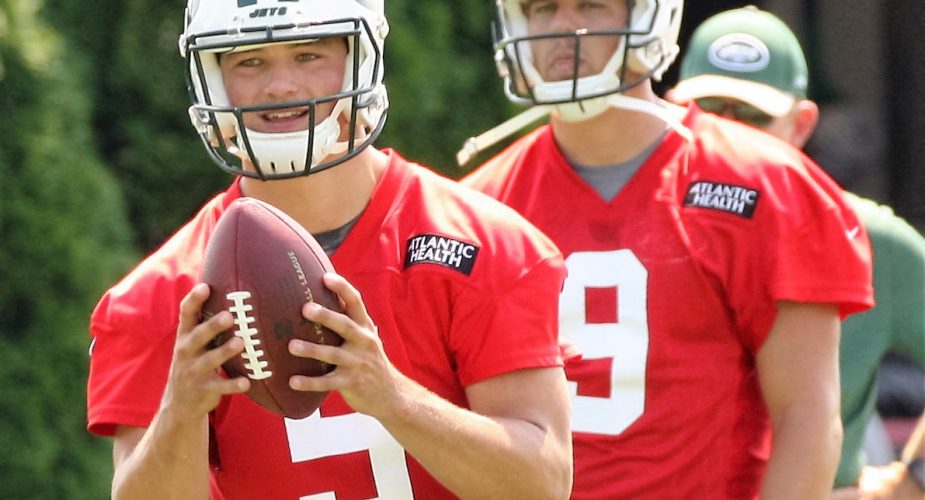 The New York Jets completed the first of their ten OTA practices on Tuesday. The players were in shorts and there is no contact. The offense is facing the defense so this is the first test for many of the young players. Here are some highlights from the main stream media.

McCown, Petty and Hackenberg will all receive equal reps with the first-team offense in the 10 OTA sessions over the next three weeks, according to newly hired offensive coordinator John Morton. Meanwhile, head coach Todd Bowles reiterated that the competition remains “wide open” and said he won’t make a decision on a starter until sometime in training camp, which begins in the last week of July.

Decker is coming off hip and shoulder surgeries, but you wouldn’t know it by watching him Tuesday. He moved around at full speed — and moved around very well.  At one point, Decker made a sliding, rolling catch. And then he popped right up and jogged back to the huddle. He showed no obvious ill effects of two surgeries.

Decker wore a red (non-contact) jersey Tuesday. But he did participate in 11-on-11 teams period action. A great sign for him.

Nor did rookie cornerback Jeremy Clark, who is coming off a torn ACL.

He is still no fan of Brandon Marshall.

Pryor was a no-show.

Some thoughts on the running back rotation from the new offensive coordinator.