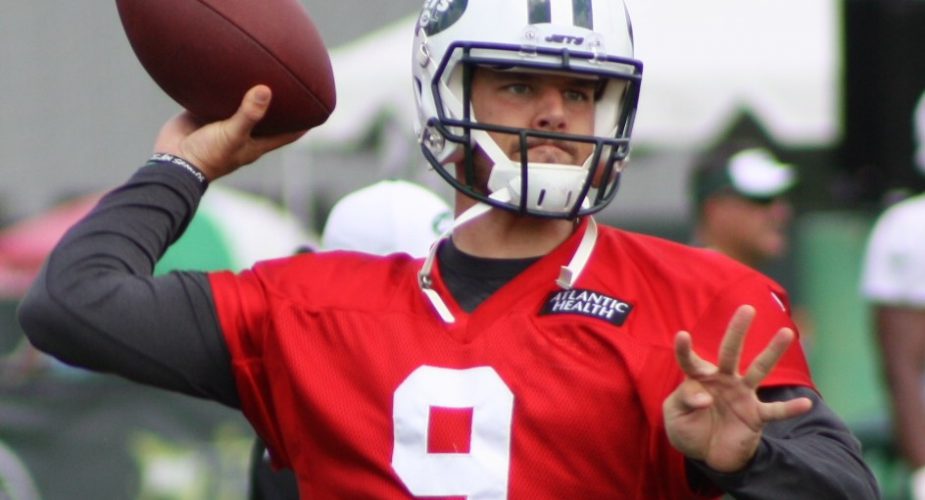 On the most recent episode of Jet Nation Radio, Joe and Glenn spoke at length about OTA’s, the roster depth chart, and hot topics burning up the wire.  Joe thinks this team could be in for another tough season, so fans should temper expectations and be ready for a rough year.  Glenn believes the defensive line can bounce back and get to their old form. If so, we can be a successful unit once again.

A lot has happened this past week during OTA’s.  There were mixed reviews about Christian Hackenberg.  Calvin Pryor was missing in action and Sheldon Richardson is still a little salty about the 2016 locker room.  Matt Forte had some interesting comments about the new system and the coordinator from last season.  There was also some nice words spoken about new offensive coach John Morton.

Christian Hackenberg had some positive feedback and received some negativity from a particular scout.  It seems to early to determine where his progression is at this point.  He is still indulging the new system but he said he feels more confident after having a year to watch and learn.

Calvin Pryor was not in attendance for the beginning but the OTA’s have always been voluntary.  Coach Bowles was not worried about it and said Pryor will be here when the time comes. He eventually showed on Tuesday and worked with the 3rd string unit.  Coach Bowles explained they are moving guys around so everyone gets reps and learns working together in different groups.  Each day they will switch up the lineup a little bit  so everyone gets adjusted quickly.

Sheldon Richardson threw some shade toward Brandon Marshall, claiming he had 15 reasons why the locker room is better.  Coach Bowles smartly refused to comment about Richardson’s statements.  Many fans feel that Richardson should be focusing on the upcoming season rather than dragging the painful past back into the media.  They hope for less drama in the locker room.

Also, Matt Forte had mentioned that he was confused by Chan Gailey’s running scheme and how he and others were utilized.  Forte is looking forward to the new scheme and getting back to what he knows best, being a dominant player.

Defensive Coach Kacy Rogers spoke very highly about Leonard Williams. Rogers is impressed with his development, and the steps he is taking to be more of a vocal leader.

Jamal Adam’s said the defensive playbook is much bigger than his college one.  His biggest challenge is learning the terminology and playing at the NFL tempo.  He’s enjoying the process, listening to the Vet’s and learning from everyone.

Wesley Johnson: ” Brought a lot of energy, laser focus, pedal is down and were moving fast in the new west-coast offense”

Brian Winters: “It’s a learning process, working together as a team. Learning the new terminology.”

Eric Decker: “Expectations are high…he’s the guy to push us to the next level.”

Josh McCown:  “Very excited for the new offense…We’re in this together and learning it together.”

Bryce Petty : “This offense is electric!”

Petty is enjoying working with coach Bates, and he likes the way Bates is teaching the new playbook with the entire QB group.

Matt Forte: He loves the new offense.  “Johnny Mo is an intelligent coach.”

Forte likes the west-coast scheme because it involves a running back who has to catch the ball.  This is something Forte has excelled at through his career.

Robby Anderson: He’s extremely excited for the “pass happy” offense.  He feels it fits his skill set very much.  Anderson has been concentrating on keeping his body in tune and focusing on his health.  He stated this was something he learned from Brandon Marshall.

To find out more about the hot topics by Joe and Glenn, you can subscribe to our NY Jets Podcast on iTunes or Google Play.