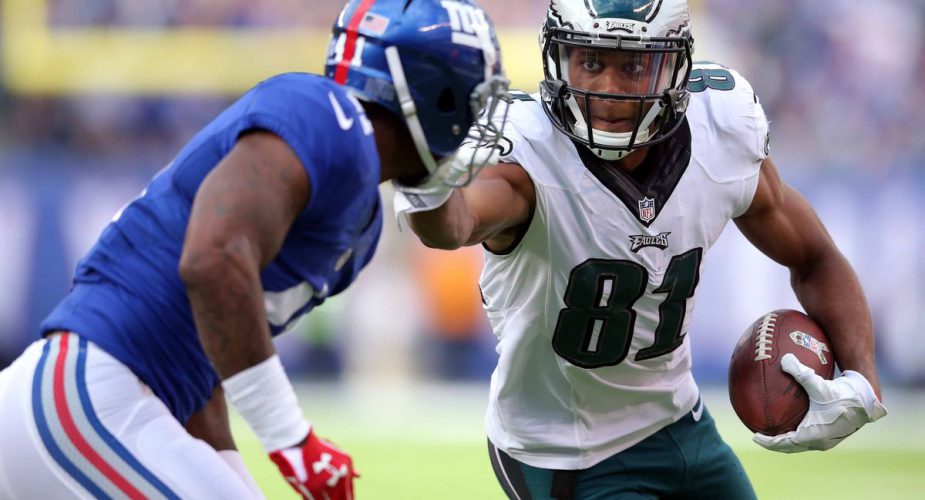 NFL free agency is just a couple of weeks away, and with over $90 million to spend (per overthecap.com), the Jets will be active, and there are plenty of familiar faces they could look to lure away from several division rivals to help themselves while hurting their opponents.  Among those players they’ve grown accustomed to facing twice a year, who should they try to get in Green and White next season?

CB E.J. Gaines- The 5′ 10” Gaines may not possess the size the Jets have tended to lean toward recently, but the former sixth-round draft choice has turned in to a high quality player.  In 2017, Gaines ranked 13th among all corners in pro football focus grades at a whopping 86.6.

WR Jordan Matthews- In his first three seasons with the Philadelphia Eagles, being used primarily in the slot, the 6′ 3” Matthews averaged 891 yards per season while finding the end zone 19 times.  He saw a dip in production last season (282 yds, 1 TD) when he was moved around a bit more in Buffalo, but Matthews has proven that if used correctly, he can be a quality target and an ideal red zone weapon.

WR Jarvis Landry- The only notable player the Jets could have stolen from the Dolphins was slapped with the franchise tag, ruling out a run in free agency.  Any trade this big between these division rivals is about as likely as Kirk Cousins re-signing with the Redskins and offering a hometown discount.

RB Damien Williams- In terms of “hurting” a division rival, the reality is that Williams shouldn’t even make this list as he wasn’t very effective in spot duty with the Dolphins over the course of his first 3 pro seasons, averaging just 3.6 YPC on 133 carries.  The only reason Williams’ name gets a mention is due to multiple reports out of Indy yesterday suggesting he’s a player the Jets are considering making an offer.

RB Dion Lewis- The Patriots aren’t expected to retain the 27 year-old Brooklyn native who has been a versatile player for New England.  2017 was his best season when Lewis carried the ball 180 times for 896 yards, an average of 5 YPC.  Lewis is also a threat as a receiver out of the backfield.

CB Malcolm Butler- Butler essentially got the boot from New England as he was benched for the team’s Super Bowl loss.  At 5′ 11”, Butler isn’t as big as the Jets might like, but he would fill a huge need and they have the cap space to take a shot.

We’re primarily discussing division rivals, but the Jets are in a unique position in that there will be some familiar faces in the players who share the same building in their MetLife co-tenant New York Giants.  A team that clearly has at least one player whom the Jets are expected to have their crosshairs trained on.

C Weston Richburg- The Jets had the worst center in the NFL in Wesley Johnson last season and it’s time for an upgrade.  From a physical standpoint, Richburg would be an ideal fit for the Jets as he has the mobility to play in a zone scheme.  However, having missed 12 games last season due to concussion issues, Richburg isn’t quite the slam dunk he would be otherwise.

RB Orleans Darkwa- The Jets have lacked a physical runner in the backfield for several years now, and Darkwa would fit that profile.  A productive runner behind one of the league’s worst O-lines last season (751 yds/4.4 YPC), Darkwa is already rumored as a possible target for Gang Green.

The combine is under way and free agency is just around the corner.  Buckle up Jets fans, it should be an interesting few months.