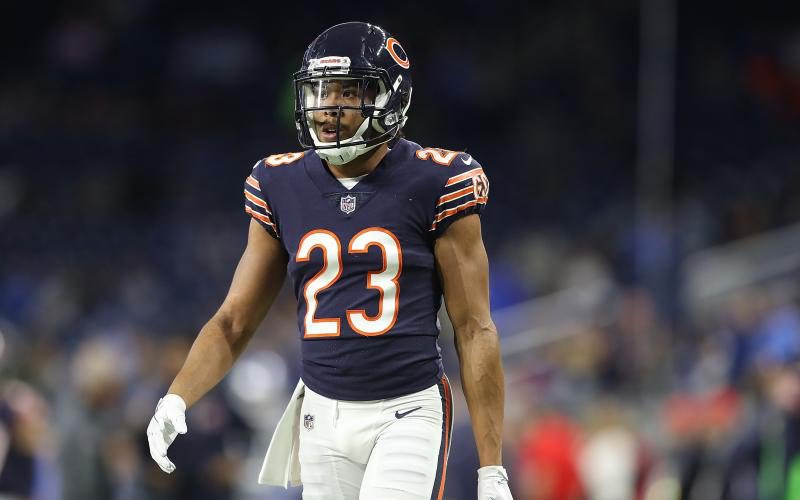 As you’re likely well aware by now, the Jets had a busy day yesterday as they agreed to terms on new contracts with five players who will all address immediate needs in quarterbacks Teddy Bridgewater and Josh McCown, cornerback Trumaine Johnson, inside linebacker Avery Williamson and running back Isaiah Crowell.  Still with plenty of money to spend and several spots needing to be addressed, where could, or should the Jets look next?  Here are a few possibilities.

CB Kyle Fuller: Even with Johnson set to sign, the Jets don’t have a CB2, and bringing back the often-injured Mo Claiborne is just asking for trouble if you’re not going to at least seek out a healthier option first.  Fuller is one of the top CB’s available and was slapped with a transition tag by the Bears.  This would mean the Bears can match any offer made, but no compensation is required from the signing team if he were to leave.  With the Bears having added Allen Robinson and Trey Burton yesterday, could the Jets make Fuller a huge offer that the Bears wouldn’t be able to match?  If so, it would give the Jets one of the top secondaries in the NFL in the blink of an eye.

C Ryan Jensen: The center position must absolutely be addressed after Wesley Johnson’s atrocious showing last season.  Jensen may not be a good fit for a zone scheme, but he would still represent a huge upgrade over Johnson.

C Spencer Long: Not regarded as being on Jensen’s level, Long may still make more sense as he has a skill set more in line with what the Jets are expected to look to do on offense.  Long (or Jensen) would give the Jets a quality veteran at a spot that they will otherwise have to use a day two draft choice on.

WR Jordan Matthews: Grossly underrated receiver, Matthews put up big numbers as a slot receiver over his first three pro seasons before the Bills traded for him and forgot he was on the roster in 2017.

CB Patrick Robinson: Without a quality slot CB on the roster, the Jets should touch base with Robinson who kick-started his career last season with a move to the slot in Philadelphia.

TE Tyler Eifert: A low-risk high reward opportunity, the Jets should kick the tires on the oft-injured but very talented Eifert who could be a significant upgrade at tight end.

DE/OLB Trent Murphy: Another high-risk/low-reward player who may be able to fill a huge void for the Jets as a pass rusher.  Murphy broke out two years ago with a 9 sack season, but missed all of last year due to a PED suspension and a torn ACL.  Those issues shoule make him a cheap option to at least take a look at in training camp.

The top priorities for the Jets moving forward should be cornerback and center.  Once those needs are met, they should be able to sit back to allow free agency to unfold while keeping an eye on bargain deals.  Just how it unfolds, we’ll see within the next few hours.