Knocking Concussions Out Of Football, How Technology Can Help 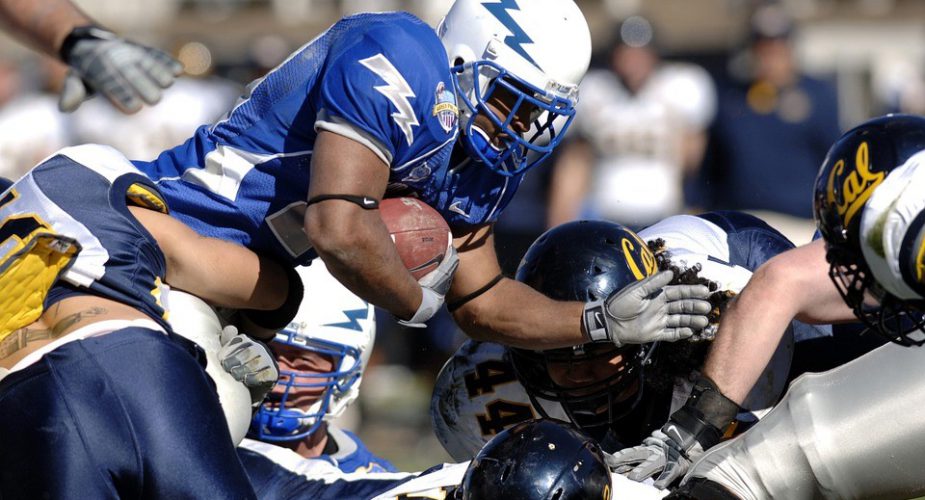 University of North Carolina conducted a research in 2004 which revealed that collisions in football are so intense that the force exerted is equal to that of a vehicle smashing into a wall at 25 mph. Grievous injuries receive serious attention. But on such a forceful contact if players suffer concussion they are encouraged to carry on.

A link has been established between a degenerative brain disease chronic traumatic encephalopathy (CTE) and concussions. Not too long ago NY Jets had admitted that Leonard Williams did suffer a concussion during their game against New Orleans.

Injuries are a part of football. But football should not be prioritised before players’ well being. Concussions have much serious repercussions on football players. While it’s good to know that various new-age technologies are being used in sports to make things easier for sportspersons, a lot of development has also happened with regard to the elimination of concussions from football.

A common injury in high intensity contact sports like football, soccer, rugby and boxing, concussions can do a lot of damage to the brain. It has been found that CTE can be caused by concussion. CTE in turn can lead to dementia, memory loss, depression, and suicide. It is so dangerous that it can make a 45 yr old brain look like a 90 yr old Alzheimer’s patient.

If players’ safety is not ensured then the sport will inevitably be affected. There is already evidence that participation in youth football is decreasing in America as fearful parents are choosing safer activities for their children’s extra-curricular.

Up until now the NFL has been careless about the players’ health as of now and concealed the risks of multiple concussions from them. NFL recently lost a class-action suit against former players for this. This shows that there has been growing awareness about the injury.

Use of Wearable Tech for tracking concussions

This tech will seek to determine the type of impacts that mostly causes concussions. A sensor called xPatch was used in a study of footballers. This sensor was stuck behind the right ear. Sensors are also placed in the helmets that players wear.

The rotation and acceleration is thought to be an important cause of concussion rather than the force exerted on impact. To demonstrate this, an expert in traumatic brain surgery uses a BluTack. It stretches when pulled apart slowly but snaps on a sharp and intense shrug.

This is a technology developed by a company BlackBox Biometrics. They claim their technology can be instrumental in preventing concussions. It was developed for military to calculate the impact of shock waves from explosives in the battlefield on soldiers’ brains. It is already being used in high school football.

As many as 300,000 concussions are suffered by players in the US playing sports like boxing, football, lacrosse, etc. Concussions are traumatic and their effect can be as serious as problems in concentration, coordination, and memory.

The sensor fitted into a headband which the player wears. In this manner it is in contact with the skull. It is useful in analyzing how many times a player gets hit in a given position. The sensor sends data to an app and if the impact on contact is dangerous the coach can take necessary steps.